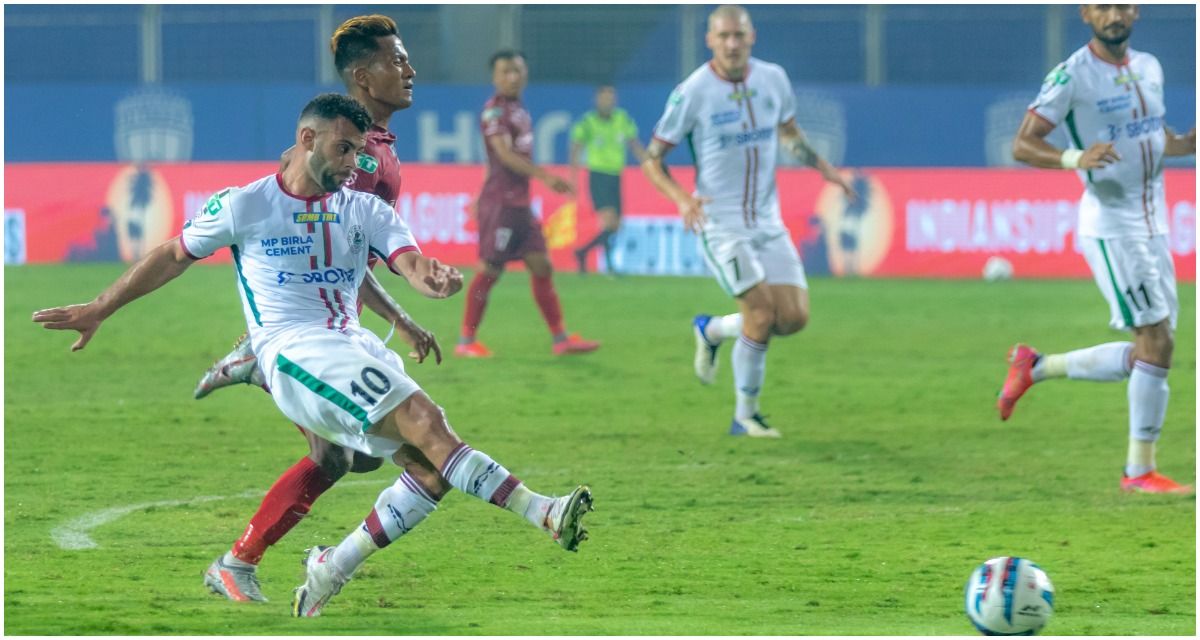 VP Suhair broke the deadlock in the 2nd minute of the game to give Highlanders the lead before Liston Colaco equalised right at the stroke of half-time. Hugo Boumous bagged a brace in the second-half to give the 2020-21 runners-up a two goal cushion before Mashoor Shereef reduced the deficit with three minutes left for the game to end. Also Read – NEUFC vs ATKMB Dream11 Prediction, Fantasy Football Hints Hero ISL: Captain, Vice-Captain, Playing 11s For Today’s NorthEast United vs ATK Mohun Bagan at Fatorda Stadium at 7:30 PM IST December 21 Tuesday

It was not a fairytale start for Ferrando as ATKMB boss as NorthEast went ahead in just the second minute. Mathias Coureur floated in a delicious corner towards the near post where Suhair was on hand to nod home.

Stung by the early setback, ATKMB upped the ante and should have pulled level but for Manvir Singh who fired over the bar from inside the box.

Roy Krishna had a couple of half-chances thereafter but good reflexes from Mirshad Michu in NorthEast goal and Krishna’s inefficiency to keep the ball on target kept the score to 1-0.

For the Highlanders, seasoned defender Gurjinder Kumar got injured in the 26th minute and had to be replaced by Tondonba Singh. Colaco forced Michu into action with a fierce effort from an angle inside the box but the keeper did well to avert the danger.

At the other end, Amrinder Singh pulled off a great save to keep Rochharzela’s long-range attempt at bay. Colaco then burst through into the penalty box but his take from an acute angle was saved again by Michu and the rebound was blocked brilliantly by Khassa Camara off Hugo Boumous.

Just when it looked like NorthEast would go into the break with a 1-0 lead, Michu scuffed a goal kick and the ball fell to Krishna who swung in a delightful cross for Colaco to head into the far corner.

After the half-time breather, ATKMB decided to change gears and Boumous made it 2-1 soon after the restart to underline their intent. NorthEast United failed to clear their lines for too long, leading to Subhasish Bose cutting the ball back from the left byline for Boumous to outfox the defender with a lovely piece of skill and tap home.

Krishna then beat a couple of defenders to take a wild swipe at goal before Carl McHugh made way for Joni Kauko at the hour-mark.

Kauko was at it from the off as the Finland footballer played a crucial part in the third goal, setting up Boumous with a beautifully weighted pass for the latter to slot it wide of the keeper and into the net.

Against the run of play, substitute Shereef got NorthEast back in the game with a powerful shot from inside the box.