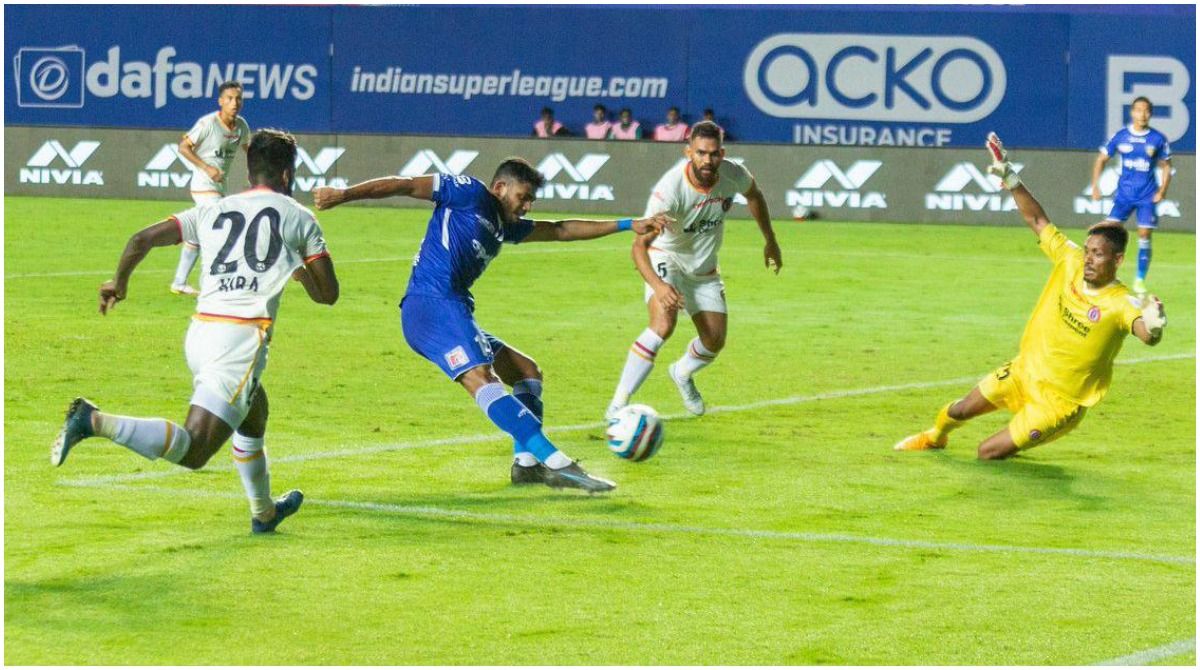 Vasco: Chennaiyin FC were held to a goalless draw by SC East Bengal in an Indian Super League match here on Friday. The two-time champions, who had started the season with two wins, could not get the better of a struggling Kolkata side despite having the better of the exchanges through the night.Also Read – NorthEast United FC’s Federico Gallego to Miss ISL Season Due to Injury

CFC moved to the top spot with seven points from three games after the drawn game while East Bengal were placed ninth with two points after four matches. In the 87th minute, Vladimir Koman sent a corner kick into the box and Lallianzuala Chhangte, who was there unmarked, attacked the loose ball but could not hit the target. Also Read – ISL: Hyderabad, Jamshedpur Play Out a 1-1 Draw

Earlier also, Chhnagte had missed, much to the relief of the East Bengal defence. It was a goalless first half, but Chennaiyin FC were the better team as they created multiple opportunities and managed to penetrate the SCEB defence, but could not score. Also Read – ISL: SC East Bengal Coach Manolo Diaz Passes on Valuable Advise to Defenders Ahead of Chennaiyin FC Match

For the Kolkata side, Suvam Sen stood like a rock and made plenty of saves. SCEB, on the other hand, lacked the teeth and the move to have Daniel Chukwu as the centre forward did not seem to work for them. While there was a flurry of half-chances, neither side could score and break the deadlock before the break.

Seasoned campaigners Adil Khan and Raju Gaikwad were brought in after the change of ends. Despite that, SC East Bengal’s defensive frailties were apparent. Chhangte shot a loose ball but his attempt was blocked, five minutes into the second half.

Ariel Borysiuk, the Polish international had a shot after Koman and Chhangte’s one-two from a corner kick but the attempt was blocked by Tomislav Mrcela. The Red and Golds had a few opportunities in the final quarter of the match but could not find the net. Chukwu first released a weak shot on target before Raju, who connected from a Dervisevic corner, headed it, only for the ball to bounce and nestle into the ‘keeper’s gloves.

East Bengal got their final chance with back-to-back spot kicks in the last minute but the night’s trend continued as both opportunities were wasted.