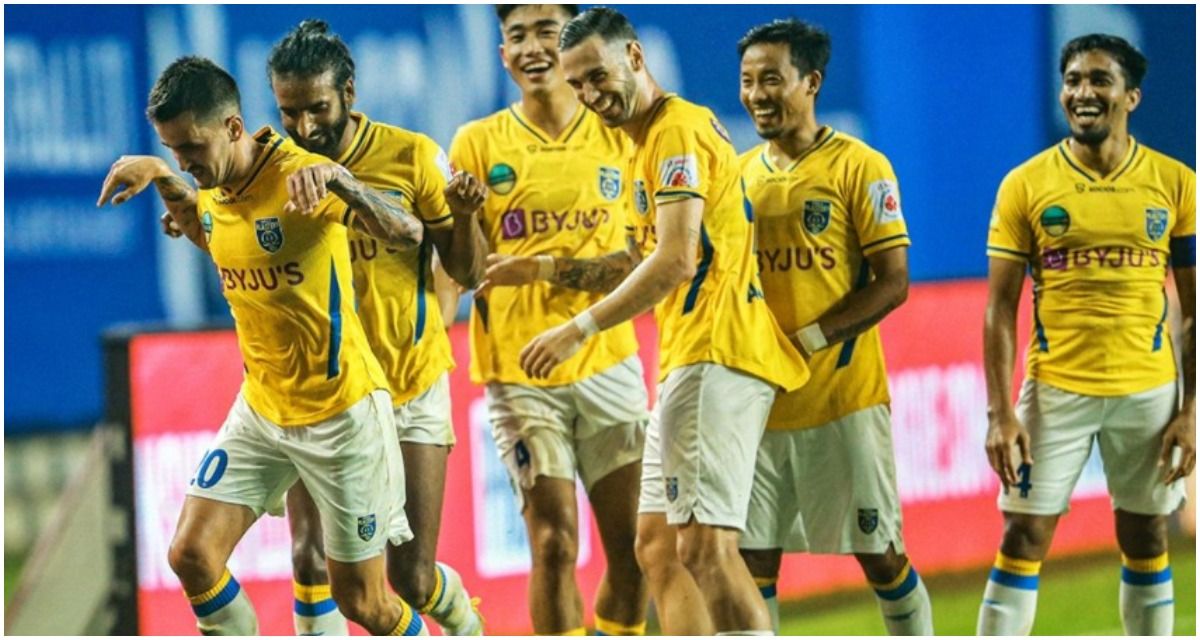 Jorge Diaz sent his team into an early lead after a lofted through ball found the striker in ample space behind CFC’s backline. His right-footed shot towards the bottom left corner gave no chance to Vishal Kaith to make a save. Also Read – ISL: ATK Mohun Bagan Return to Winning Ways Under Juan Ferrando, Beat NorthEast United 3-2

Prabhsukhan Gill was called into action just before the half-hour mark and he made a brilliant right-handed save to keep away a header from his own defender.

Germanpreet Singh had a fabulous opportunity to score the equaliser just before the drinks break but his shot from roughly 12-yards out went wide to the shock of his teammates.

Sahal Abdul Samad then extended the lead by scoring from inside the box after a poor clearance from Kaith handed the ball to KBFC forwards in his own half.

Sahal’s initial shot was blocked by Reagan Singh but the midfielder made no mistake with the rebound and calmly placed the ball in the back of the net. Vazquez then had the chance to score a third before half time but he could not beat the goalkeeper from a one-on-one situation.

Salam Singh and Lukasz Gikiewicz were sent as halftime changes from Bozidar Bandovic to influence the game. Lalthathanga Khawlhring became the first player to get booked for a foul in the second half which was less eventful than the first. Despite sustained periods of pressure, CFC did not have a clear scoring opportunities until the second drinks break.

Post the resumption of the match, Adrian Luna opened his account with a powerful right-footed strike following a lack of communication amongst the CFC defenders. The Yellow Army remained in control of the match post the third goal and secured another three points with back-to-back 3-0 wins.

Kerala Blasters FC await the challenge of Jamshedpur FC in their next game at the Tilak Maidan Stadium on Sunday. Chennaiyin FC, on the other hand, will get a week’s rest before their clash against Bengaluru FC at the same venue on Thursday.