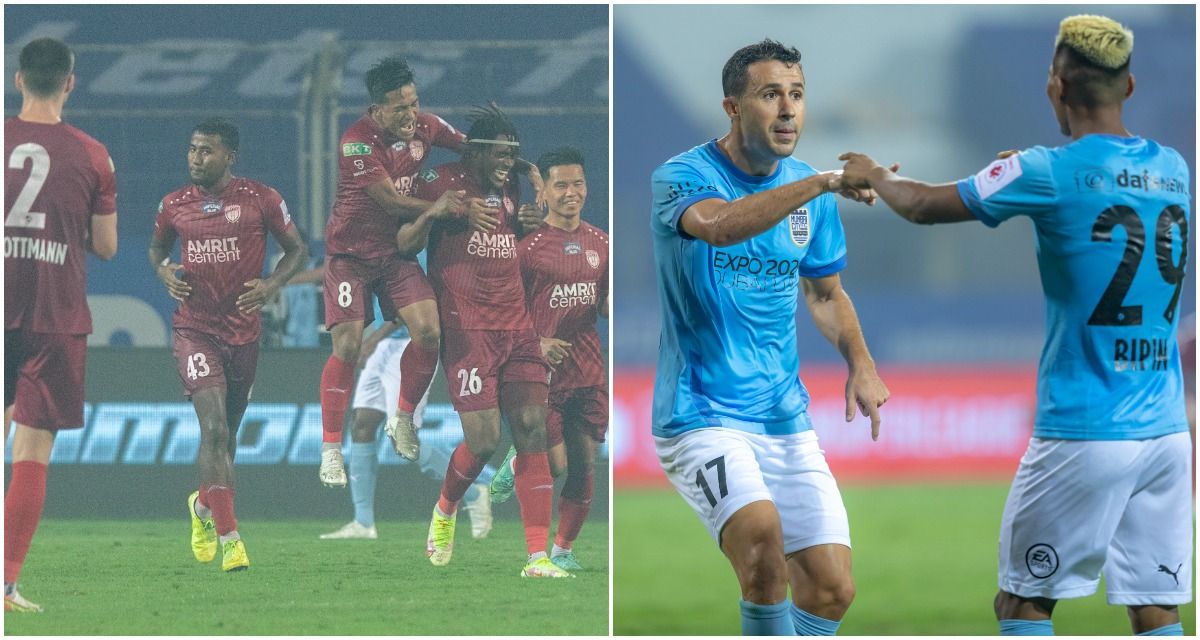 Mumbai bossed the initial exchanges with Cassio Gabriel and Jahouh pulling the strings in the middle of the park. Mohammad Nawaz did not have to warm his gloves before the first quarter of the half when the keeper tipped over a tricky Mathias Coureur header.

Against the run of play, NorthEast United drew first blood. Brown marked his return to the side with a goal as the Jamaican forward made the most of a brilliant diagonal ball from the impressive Imran Khan to chest it down and slot home past the charging Nawaz.

Stung by the setback just before the half-hour mark, Mumbai upped the ante and were rewarded soon. Bipin burst through the left flank and squared it for Angulo who tapped home from close.

Seven minutes later and five minutes to halftime, Angulo turned provider as the experienced Spaniard put an overlapping Bipin through with the latter effecting a low finish first time from a tight angle.

Mirshad was left high and dry as he let one through his near post, failing to get down in time.

At the break, Mumbai were 2-1 up with NorthEast United snapping at their heels all the way. It was action from the word go in the second period as Hernan Santana forced Nawaz into a great save three minutes into the half.

Mumbai added to their tally soon after as Angulo scored his second goal after Ygor Catatau unlocked a flailing NorthEast United defence to find Angulo who slotted home from close.

Mumbai’s joy was short-lived as the excellent Brown got his name on the scoresheet again, peeling away from his marker and using power to smash the ball across the keeper and into the back of the net.

Mumbai looked for the cushion to find some breathing space as Bipin’s drive was saved well by Mirshad but to their agony, Brown completed his hattrick guiding Imran’s shot into an empty net as Rahul Bheke failed to clear the danger and Nawaz was guilty of coming out of his line earlier than he should have.