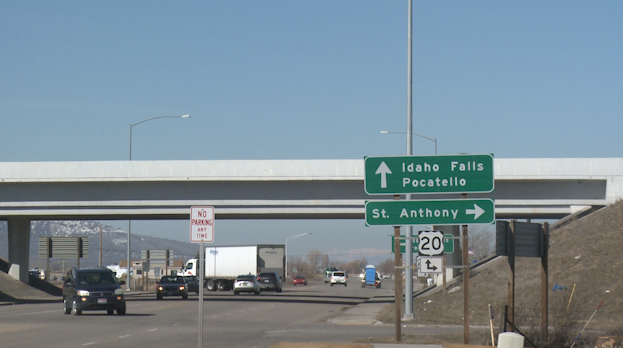 REXBURG, Idaho (KIFI) – As Rexburg continues to grow, the Idaho Transportation Department is getting ready to hold its final informational meetings about the placement of a divergent diamond interchange on US Highway 20 exits 332 and 333.

Wyatt Brown has recently moved into the area. He says it didn’t take long for him to notice that at certain times, those exits traffic will build up.

“I think that there’s a lot of people that go up and down this road and I definitely noticed, especially when I go to work, that it gets really congested,” Brown said.

Something Chris Russell, another resident to the area, noticed as well.

“When the high school gets out, that gets pretty crowded and then people try to get off the highway they kinda struggle with that,” Russell said. “So hopefully we get that going a little better.”

Justin Smith, the ITD Public Information Officer over the area, says they have been looking for a solution to the congestion in the area.

“The plan is, we want to completely replace both of those, interchanges with what’s called the diverging diamond interchange,” Smith said. “It’s a relatively new design. We have one over here in Chubbuck. But they’re going in all across the country and what they do is they reduce the amount of congestion, and they’re also quite a bit safer.”

Smith says they make the area safer by allowing for traffic to flow a little better.

“We have fewer, what we call conflict points where you can have, people turning left in front of oncoming traffic,” Smith said.

Brown says while he hasn’t been here long the possible solution for him sounds like it will help.

“My belief is yeah, that if they, if they’re making and planning things that will help with traffic, that eventually that it’s going to help with the growth in population of the area,” Brown said.

Russell says for him the excitement of improved traffic flow is something to look forward too.

“Just nice to get traffic going for once,” Russell said.

Smith says ITD is planning to hold online and in person informational meetings starting the Week of the March 28 with an in person meeting being held March 30 from 4:30 p.m. to 6:30 p.m. at Madison High School.

More information for those meetings can be found here. Construction of the interchanges is slated to take place sometime during 2024 or 2025.