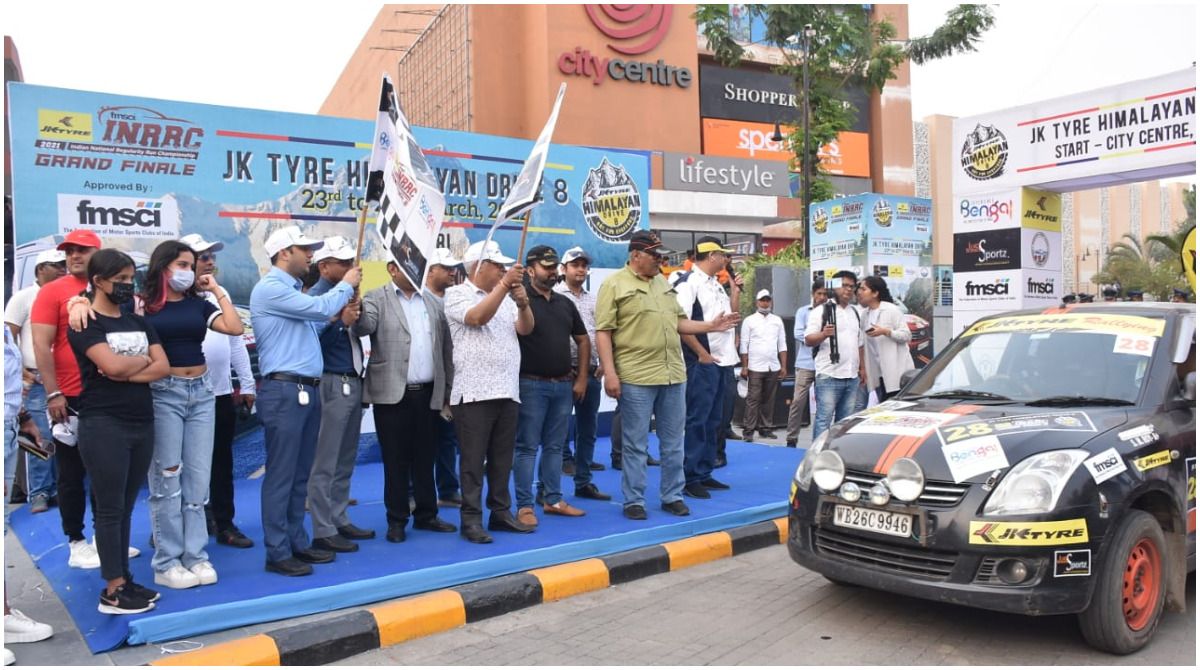 Himalayan Drive has been a premier competitive TSD (Time-speed-distance) Car Rally that has already completed seven successful editions in 2013, 2014, 2015, 2016, 2017, 2018 and 2019. With the active support of West Bengal Tourism & other Govt. departments, the rally has been able to showcase North Bengal as a premier destination for Adventure Sports in the country. Himalayan Drive 8 will also form the Grand Finale of the Indian National Regulatory Run Championship (INRRC), 2021. Also Read – BREAKING: Huge Fire at Wedding Pandal in Delhi’s Rohini, 12 Fire Engines Rushed to Spot

The Rally also draws inspiration from Hon’ble Chief Minister of West Bengal Ms Mamata Banerjee’s vision of connecting various regions of Bengal & to its neighbours and encouraging people-to-people connectivity in the region. Many of the previous editions covered parts of Bhutan and Nepal making it a ‘tri-nation’ event.

It echoes the aspiration of BISWA BANGLA – CONNECTING BENGAL TO THE WORLD. Although this year, HD 8 is unable to travel to the neighbouring countries due to Covid restrictions, the core philosophy of connecting and showcasing North Bengal as an adventure sports destination to the world remains the same.

Twenty Two qualifying teams including Seven All Ladies teams from all over the country will pit their driving and navigation skills against each other through tough terrains, including dirt tracks, river beds, and narrow and steep mountain roads, in the three-day event in the bid to be crowned the Indian National Regularity (TSD) Rally Champions for 2021. The All Ladies teams will also be fighting for the INRRC Ladies Cup. The INRRC Qualifiers will concurrently take part in the Pro category and another 8 teams will be participating in the Adventure category of Himalayan Drive 8.

The JK Tyre INRRC 2021 qualifying rounds for East, West, North, Central, South and Northeast zones were held over the past few months and JK Tyre Himalayan Drive 8 will be the Grand Finale of this championship.

After the ceremonial flag-off, the competitive part will start on March 24 (Thursday) morning. The competitors will drive through tea gardens, embankments and riverbeds spread over many parts of Darjeeling and Jalpaiguri districts to reach Murti, a popular tourist destination. This first leg will also have a night stage.

The second leg will be flagged off from Murti on March 25 (Friday) morning. A very challenging route through narrow village roads, riverbeds, tea estates and the Himalayan foothills has been chalked out for this second leg that will culminate at Murti.

In the third and final leg, competitors will be flagged off from Murti and will take to the mountains, passing through scenic tea estates and popular tourist spots like Samsing and Gorubathan to cross the 80-year-old Coronation Bridge spanning the Teesta river. The Drive will continue through mountain roads crossing Jorebunglow and Ghoom to culminate at Darjeeling.

The prize distribution ceremony will be held at Darjeeling on March 27 (Sunday) morning.

JK Tyre & Industries Limited, India’s leading tyre manufacturer, has been associated with Himalayan Drive as the Title Sponsor since its inception in 2013. According to Mr. Sanjay Sharma, Head – Corporate Communication and Motorsport – JK Tyre & Industries Limited said “We are really excited about the JK TYRE HIMALAYAN DRIVE 8. The fact that it is the National Championship Finals shows how the event has grown over the last 7-8 years into one of the important motorsports events in the country. It has been a privilege for JK Tyre to be associated with the event since its inception and see it grow into its present avatar.”

According to Mr. Tamal Ghosal, “The first seven Himalayan Drive Rallies have unlocked the great prospect of adventure sports in the Eastern Himalayas. This year by becoming the Grand Finale of the National Championship it will showcase the best motorsports talent in India and it will be a privilege and honour to crown the National Champions at Darjeeling on 27th March 2022.”

Mr Binny Sharma said; “The development of North Bengal, especially for tourism, is a priority for the Government. The Rally promises to showcase and unveil the lesser-known and yet to be explored areas of North Bengal which, if properly marketed will surely be one of the most treasured tourist destinations in India in times to come. I thank Just Sportz wholeheartedly for promoting such destinations.”