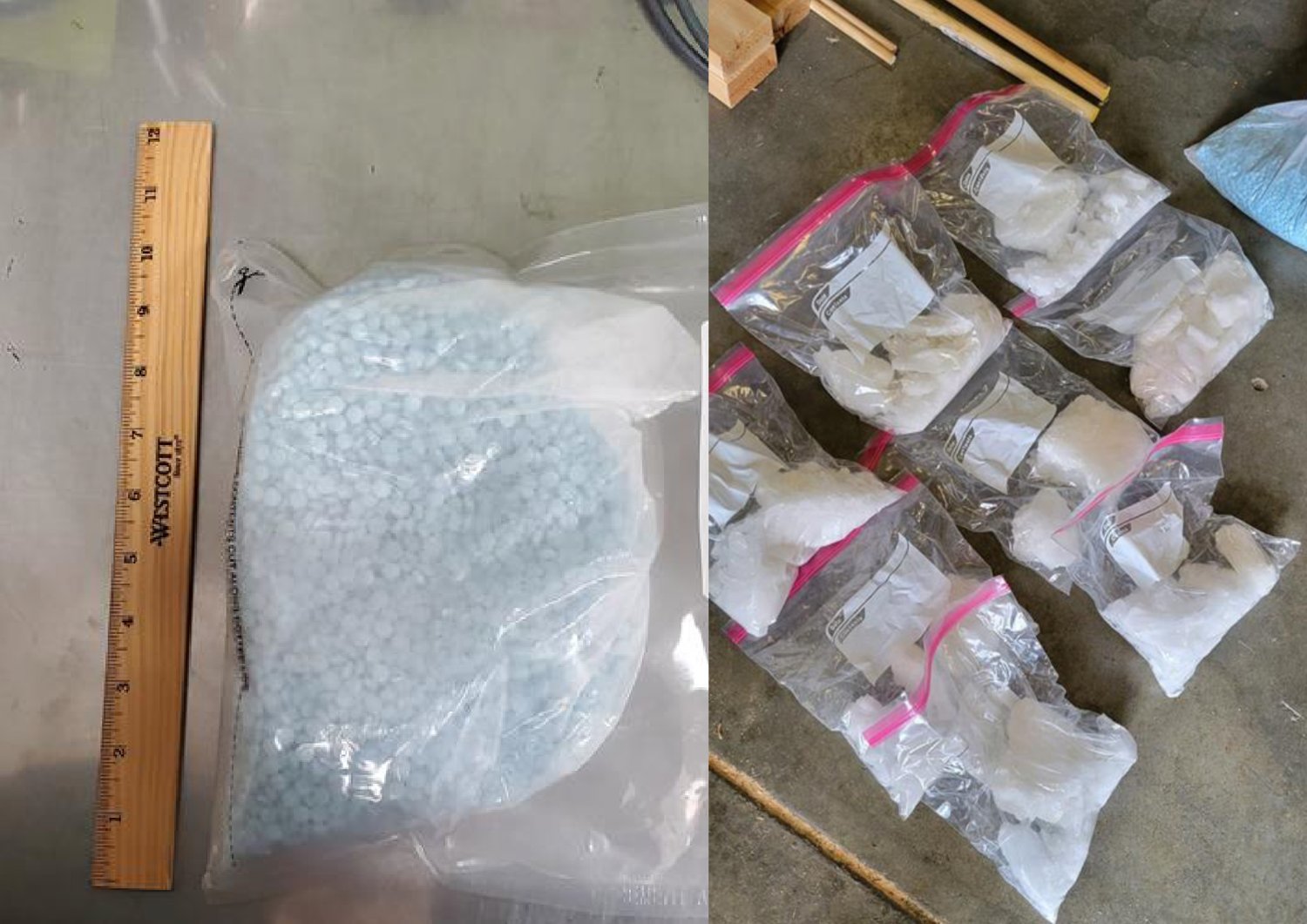 Two topics who had been charged for drug trafficking-related offenses in Lewis County Superior Court earlier this week had been remanded into federal custody on Friday.

David A. Berryhill, 47, of Bremerton, and Jamie J. Kelly, 50, of Seabeck, had been launched to federal brokers simply after 3:40 p.m. on June 17, in response to jail information.

Berryhill and Kelly had been in custody since Tuesday, after members of the Joint Narcotic Enforcement Team (JNET) and a Centralia Police Department K9 Team, Officer Ruben Ramirez and K9 Pax, discovered 8 kilos of suspected methamphetamine and 10,000 pulls suspected to comprise fentanyl following following a visitors cease on northbound Interstate 5 in Centralia.

The topics’ car had been touring 85 mph in a posted 70 mph zone, prompting the visitors cease, in response to court docket paperwork.

Local regulation enforcement had additionally obtained a tip from the state drug enforcement that the topics’ car — a white Toyota Tacoma — “might be carrying large quantities of illegal controlled substances,” in response to court docket paperwork.

Ramirez deployed Pax as quickly as officers made contact with Berryhill, who was driving. The officers obtained a search warrant to go looking the car after Pax alerted to the odor of narcotics.

According to a JNET detective, “Berryhill and Kelly have been driving by way of quite a lot of

states, and the DEA has been monitoring them.”

The Tacoma they had been driving on the time of their arrest had been rented out of California, in response to court docket paperwork.

“As a result of this stop, JNET prevented approximately 8 pounds of suspected Methamphetamine and 10,000 pills suspected to contain Fentanyl, from hitting the streets of our communities,” acknowledged JNET in a information launch on Tuesday.

Bremerton and Kelly had been initially charged in Lewis County Superior Court with the understanding that “it is likely this case will go federal,” in response to court docket paperwork.

The federal case was filed on Friday, in response to Deputy Prosecutor Brad Meagher.