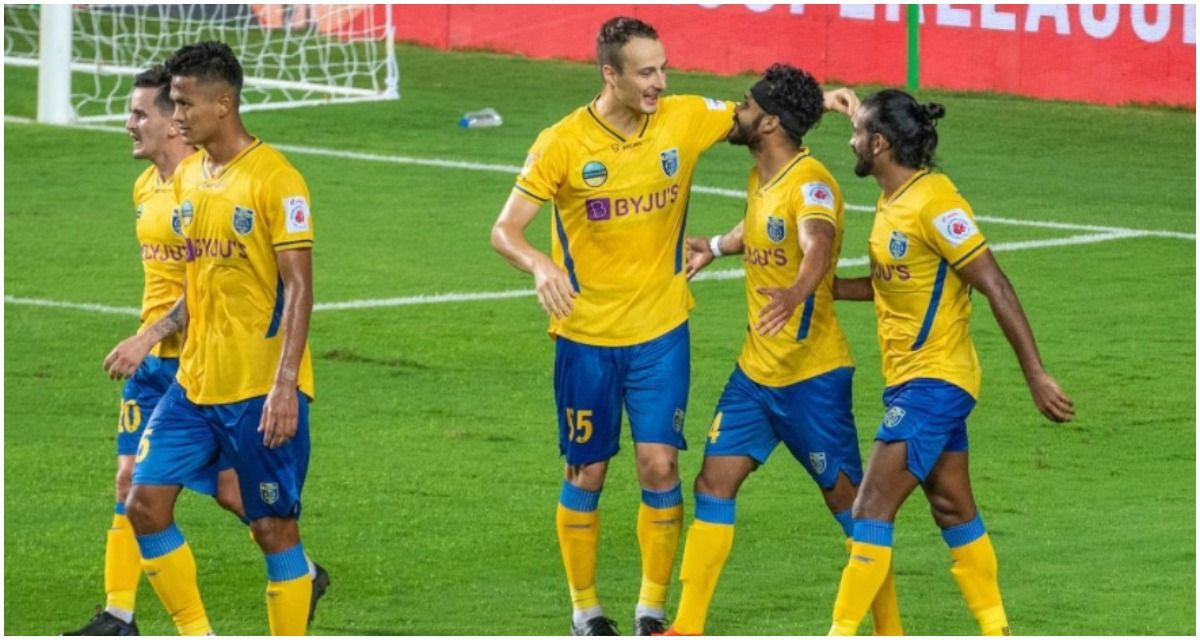 Alvaro Vazquez and substitute Prasanth Karuthadathkuni sealed the game for the Yellow Army with two second-half strikes before Odisha’s Nikhil Raj got one back in the closing stages of the game for The Kalinga Warriors. Also Read – ISL: NorthEast United Snatch Full Points With Late Winner Against FC Goa

Courtesy the result, Kerala rise to sixth in the table with five points from four games. Odisha, meanwhile, remain on third with six points from three outings.

Luna tried his luck from a free kick in the seventh minute, forcing Kamaljit to dive to his left and deny the Uruguayan.

Odisha got their first real chance in the 12th minute when Aridai Cabrera bombed down the left flank and set Javi Hernandez up, but the Spaniard’s effort fizzed over the bar.

Kerala continued to have the upper hand as Thoiba Singh was booked for a challenge on Luna. Against the run of play, Javi Hernandez almost scored with a long-range effort after spotting Albino Gomes standing well outside his line.

For Odisha, full back Hendry Antonay attempted an audacious long-ranger which dipped at the top right corner but Albino was on hand to parry the ball over the bar.

At halftime, both teams were level but the men in yellow bossed proceedings.

The second half started in the same vein with Kerala ruling the roost. Sahal looked in great touch from the off, dancing his way past defenders inside the box only to be thwarted, but the ball fell kindly for Luna whose effort went wide of the bar.

Luna was in the thick of things again just after the hour mark, and this time his through ball found Vazquez who timed his run to perfection. The Spaniard ran 30 yards, rounded the keeper and put the ball in the back of the net.

Vazquez could have doubled his and the team’s tally in the 67th minute after being set up beautifully by Sahal, but his low effort was blocked by Kamaljit.

Kerala suffered a setback when Albino went down after taking the goal kick and had to be taken off. India U-23 custodian Prabhsukhan Gill replaced him.

Midfielder Prasanth’s moment to saviour came five minutes to the final whistle when he dinked a perfectly weighed Luna ball past the keeper after a lovely run off the Uruguayan.

Raj scored a late goal for Odisha but it did not matter in the end.