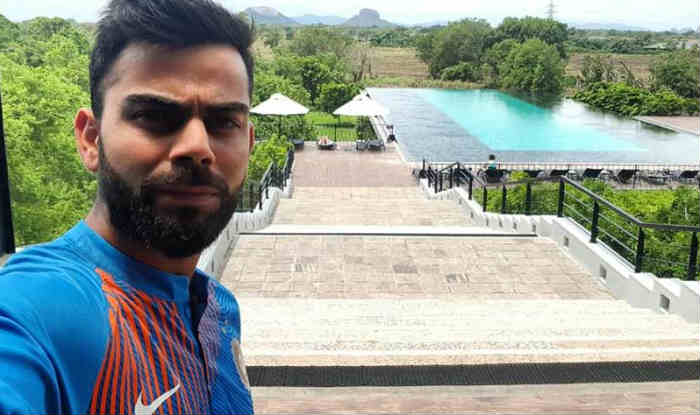 Bengaluru: The M. Chinnaswamy Stadium saw a serious breach of security as four Virat Kohli fans were able to dodge the security cover in order to click selfies with their favourite cricketer, the police said. They were subsequently arrested, said the police on Monday.Also Read – LIVE India vs Sri Lanka Score Pink Test Day 3: Spinners Keep IND on Top; Karunaratne Key For Lanka

The four fans were booked for trespassing and violating security protocols but Twitter couldn’t keep calm and came up with hilarious reactions to the incident that happened on Sunday night in the last session of play on the second day of the second Test match being played between India and Sri Lanka. Also Read – IND vs SL: Virat Kohli Fans Arrested For Breaching Security to Click Selfies; Four Arrested

‘The running guy,’ wrote one user while posting the video of the incident. Also Read – Virat Kohli: Former English Cricketer Highlights Technical Flaw Affecting His Batting, Says Been There For A While

Virat Kohli is standing there with a great pose towards camera and also Kohli asked security to not to do anything against those fans. ❤ pic.twitter.com/upy28NIUAB

“Okay, three fans have barged in to click a selfie with Virat Kohli and they got the selfie clicked as well,” wrote a user while another hilariously observed that it seemed as if Kohli met his fan and not the other way around.

Okay, three fans have barged in to click a selfie with Virat Kohli and they got the selfie clicked as well 😭#INDvSL

Two of the accused are said to be minors as the Cubbon Park police took them into custody immediately.

Bengaluru is the second home for the Indian cricketer as his actress wife Anushka Sharma is from the city. The fans in Bengaluru have a special bond with Virat as he plays for Royal Challengers Bangalore in the Indian Premier League.