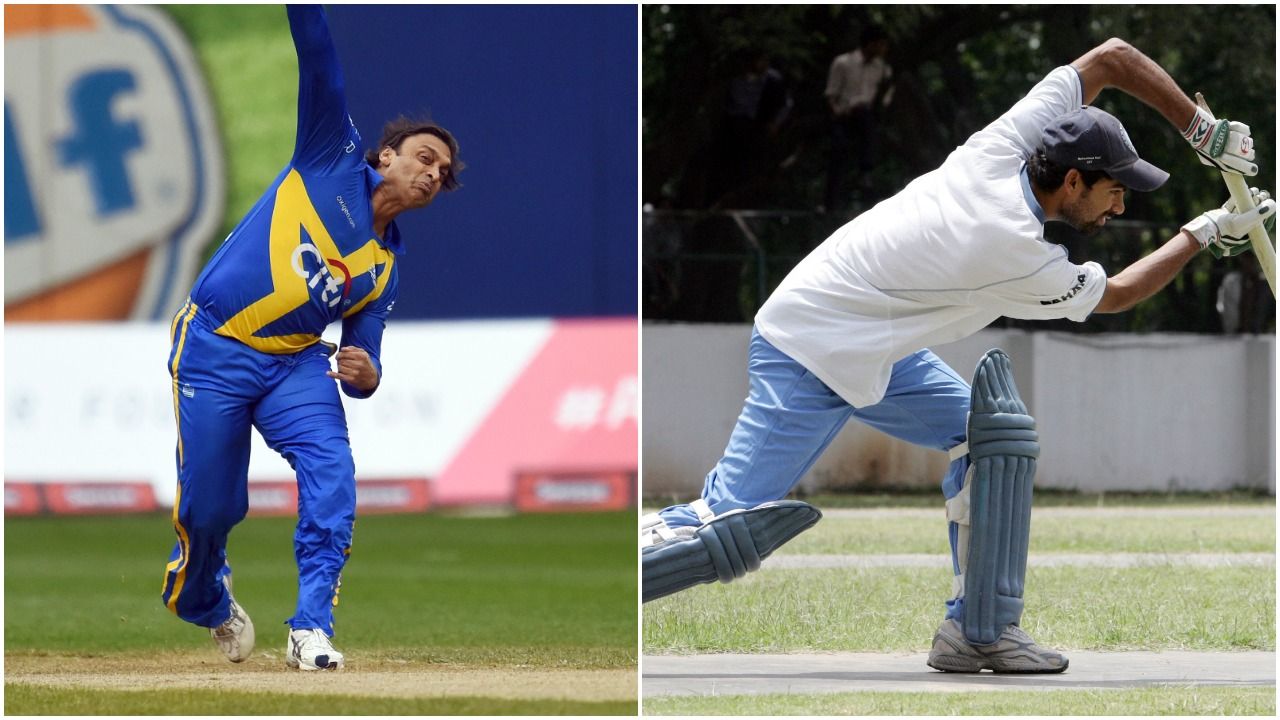 New Delhi: During the first match of the Legends League Cricket between India Maharajas and Asia Lions, former Pakistan speedster Shoaib Akhtar showed glimpse of what a lethal fast bowler he was during his playing days. Fastest bowler in the world, Akhtar used to terrorize batters around the world as he used to constantly clock the speed of 150 KMPH with considerable bounce.Also Read – Highlights IMR vs ALN Legends Cricket League 2022 T20 Match Updates: India Maharajas Beat Asia Lions By 6 Wickets

Former India player Mohammed Kaif who was part of the India Maharaj playing was a gritty batter in his playing days. Two of these veteran players were up against each other as India Maharaja triumphed Asia Lions by 6 wickets courtesy of Pathan brothers incredible performance. Also Read – Mohammed Kaif Explains Why Hanuma Vihari Would Have to Make Way For Virat Kohli at Cape Town

An incident of the game is discussed briefly as Kaif tried to walk down the track to Akhtar in pursuit to open the run-rate. Akhtar, jokingly told Kaif that do not walk at him like that. “Mohammad Kaif was walking towards me again. I just feel like punching him. Because I have told him many times in the past ‘do not walk at me’, But he did that again,” Akhtar said following the Maharaj’s six-wicket win over the Lions. Also Read – Sachin Tendulkar Not Participating in Legends League Cricket Confirms SRT Sports Management

Akhtar was back into the cricket field after he lost his mother three weeks back. He insisted that coming back into a place which gave him everything does put a smile on his face.

“It was fun. I lost my mother three weeks ago, but today I had a smile on my face, for the first time since the demise of my mother. But this gives me great satisfaction – bowling, running in and bowling fast,” Akhtar said.