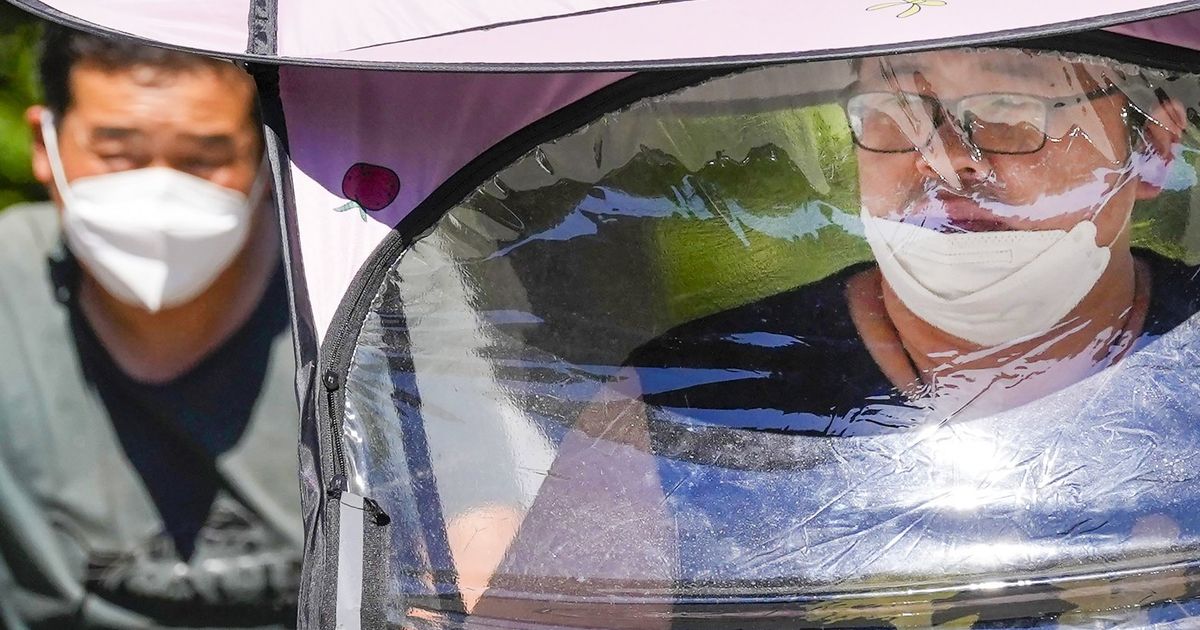 The Centers for Disease Control and Prevention announced Friday it was recommending Moderna’s vaccine for children ages 6 to 17.

The group has had access to Pfizer’s vaccine since last year.

Meanwhile, more than two dozen employees who were fired for failing to comply with vaccine mandates filed lawsuits against Mayo Clinic alleging the clinic did not grant them religious exemptions.

We’re updating this page with the latest news about the COVID-19 pandemic and its effects on the Seattle area, the U.S. and the world. Click here to see the rest of our coronavirus coverage and here to see how we track the daily spread across Washington.

In Florida, Publix is a big player in COVID vaccines — but it won’t give them to kids younger than 5

Publix, one of the biggest grocery chains in the Southeastern United States and a key provider for COVID-19 vaccines in Florida, says it won’t be offering the shot for children ages 4 and under, even though the vaccine is now approved for that age group.

Florida-based Publix has played a major role in the state’s vaccination efforts by offering vaccines to adults and, later, children as young as 5.

But national efforts to vaccinate the youngest children has been complicated in Florida, where state leaders have questioned the effectiveness of COVID-19 vaccines, going against the recommendations of the nation’s top health regulators and medical associations.

Florida was the only state in the nation not to preorder doses of the under 5 vaccine, which the White House said could delay delivery to medical providers in the state. Parents of children under 18 months must rely on pediatricians, medical clinics and children’s hospitals to get their kids vaccinated.

Up to 40,000 Army National Guard soldiers across the country — or about 13% of the force — have not yet gotten the mandated COVID-19 vaccine, and as the deadline for shots looms, at least 14,000 of them have flatly refused and could be forced out of the service.

Guard soldiers have until Thursday to get the vaccine. But between 20% to 30% of the Guard soldiers in six states are not vaccinated, and more than 10% in 43 other states still need shots, according to data obtained by The Associated Press.

Guard leaders say states are doing all they can to encourage soldiers to get vaccinated by the time limit. And they said they will work with the roughly 7,000 who have sought exemptions, which are almost all for religious reasons.

“We’re going to give every soldier every opportunity to get vaccinated and continue their military career. Every soldier that is pending an exemption, we will continue to support them through their process,” said Lt. Gen. Jon Jensen, director of the Army National Guard, in an Associated Press interview. “We’re not giving up on anybody until the separation paperwork is signed and completed. There’s still time.”

Pfizer is tweaking its COVID-19 vaccine to better target the omicron variant is safe and works, the company said Saturday, just days before regulators debate whether to offer Americans updated booster shots this fall.

The vaccines currently used in the U.S. still offer strong protection against severe COVID-19 disease and death — especially if people have gotten a booster dose. But those vaccines target the original coronavirus strain and their effectiveness against any infection dropped markedly when the super-contagious omicron mutant emerged.

Now with omicron’s even more transmissible relatives spreading widely, the Food and Drug Administration is considering ordering a recipe change for the vaccines made by both Pfizer and rival Moderna in hopes that modified boosters could better protect against another COVID-19 surge expected this fall and winter.

As Microsoft is showing, workers may never come back to the office

Redmond-based Microsoft wants it workers back in the office at least 50% of the time, but knows that may not happen until early next year — and unlike many of us, the company isn’t just throwing out guesses.

That sobering conclusion comes from the data-driven company’s own impressive research on remote work. Last month, the company put collated two year’s of study into a “New Future of Work Report.” It’s 111 pages, with wide-ranging pros and cons. The big takeaway:

Up to 80% of workers want either remote or hybrid arrangements (some office, some remote, with flexibility desired to switch between the two). Meanwhile managers by and large want you back at your desks.

The Microsoft report notes that workers are so enamored with remote that they’ll even pay to get it. One study found “employees willing to forgo over $4,300” per year in salary to be able to work from home full-time.