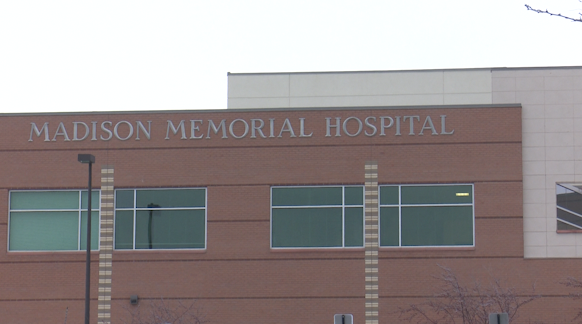 REXBURG, Idaho (KIFI) – Sunday marks two years since the first case of the coronavirus was reported in Idaho, making it the 49th state to have a confirmed case.

Doctor Jack Clark, the hospitalist program director, and Misty Gordon, the director of inpatient services both at Madison Memorial Hospital in Rexburg say that time allowed them to plan ahead for every scenario.

“Lots of getting people together and talking about what is the disease, what do we do?” Clark said.

Clark says the concern at first was the need for ventilators.

They were able to watch and see what other hospitals in the country and other countries were doing and seeing.

“There were some doctors out of New York that would do weekly webinars and just share fears. What we’re seeing, here’s what we’re doing,” Clark said. “And that was very helpful for us in terms of trying to plan what we might have to do. Listening to what people who were in the middle of it already, and listening to what they were doing and trying to make plans of if that the same thing gets here, what do we do with it?”

That helped staff at Madison know what would be effective and what wouldn’t.

One thing that was different as far as other respiratory diseases go was the standard of care.

“Before when someone came in really sick, the standard of care was to give them two liters of fluid, and get them on antibiotics,” Clark says this is not the case with COVID-19. “This is a virus. Antibiotics weren’t going to help. But number two, we learned very quickly that giving these patients a lot of fluid was the absolute wrong thing to do. So, fortunately, we didn’t have to make that mistake. We learned that from listening to what they were doing and what worked for them and what didn’t work.”

One thing that worked was proning, or turning the patient over onto their stomach, Clark said.

“Most of the time when we have someone with pneumonia, we’re having them on their back and sitting up,” Clark said. “And for these patients, laying flat on their stomachs, they did much better, which didn’t make any sense. But it worked for COVID patients.”

Madison Memorial had their first COVID-19 hospitalization in “May or June” and by then, the staff was ready says Gordon.

“There was a lot of preparation to make sure that we had appropriate precautions in place,” Gordon says. “Appropriate PPE supply chain has always been the top of mind in the early days and it still is now. We’ve had to really make sure that we were very proactive in obtaining the supplies we need.”

Gordon says various departments and units worked together to make a strategy and set aside an area where they could treat positive patients.

“We did lots of education and drills and preparation to ensure that we could give optimal care and achieve the best outcomes with the information and knowledge that we had,” Gordon said. “Thinking of what’s changed, what lessons we learned over the past couple of years, it’s been interesting to really reflect on nursing. Not much has changed. We still provide compassionate care. We still really strive to provide exceptional care to our patients and follow the evidence-based practice.”

Clark says the ED would see 35 to 40 COVID-positive patients a day at the peak, but not all of those would be admitted.

He also says the hospital never had to shut down areas due to overcrowding, or lack of nurses.

“Just like everyone else in the nation, we felt the crunch as far as not having enough nurses. We went through a couple of phases here during COVID, where we would want to admit patients and we would have to count how many nurses (we had), how many rooms and see, can we really take care of more patients?” However, Clark said they did have to transfer patients a few times due to the shortage. “In our initial planning, we had a four-phase plan in terms of how we fought each phase and then disaster. Fortunately, the highest we got was phase three, where we had two different areas of the hospital partitioned off. But we didn’t take over the whole floor. We had to shut down a line of service for about two weeks. But fortunately, it never got busier than that.”

Clark also says there are a few things that have helped cases decline.

“The vaccine was a huge, huge thing for us in terms of, just from my personal experience, what I have seen at our hospital. Ninety-five percent of the people that we ended up admitting in what I call phase two, phase three are not being vaccinated,” Clark said. “If people got the vaccine, there was very little chance of them being admitted to the hospital. It was like less than 5%. And we did not have any deaths in our vaccinated patients.”

“The monoclonal antibodies, polyclonal antibodies, a couple of different versions came out of things that people could get, that could prevent them from having to be in the hospital,” Clark said that the pill form of medicines helps as well. “If people get it within the first five days, (it) can slow down the symptoms and prevent them from having to come to the hospital. From the early days of having two medicines that we could use, now we’re up to four or five different medicines we can use in the hospital setting.”

Gordon says that while things have been challenging, the nursing staff has been “absolutely amazing.”

“We have been attending funerals. Contributing to GoFundMe pages, our nurses are truly caring for the entire patient and the entire family, and I think that that’s what makes them so special,” Gordon said it’s been “amazing” to see their compassion, but that it takes a toll. “When you’re in that PPE, you know, you see those pictures on the news and how miserable that attire is wearing, that caring for a patient work twelve hours a day, it can be exhausting. And one thing that’s been really challenging for our staff, we have had patients pass away here from COVID, and we have also shipped patients (transferred them to other hospitals).”

Gordon says they’ve learned a few things during the pandemic.

“How important human connection really is, and how important it is for mental health, especially with our health care workers,” Gordon said.  “Our nurses are resilient and they’re not naive to difficult health care situations. But to see it repeatedly, in younger populations that maybe what they’re used to, it’s been really challenging.”

To help with that stress, Gordon says they’ve done a few things.

“We’ve created a zen room in our hospitals so that nurses could really step away from the bedside and try to decompress,” Gordon said. “We’ve created specific huddles after a code or an emergency event that we’ve been able to do some debriefings with experienced social workers. A lot of opportunities to use those social workers to really just help our nurses cope with the stress.”