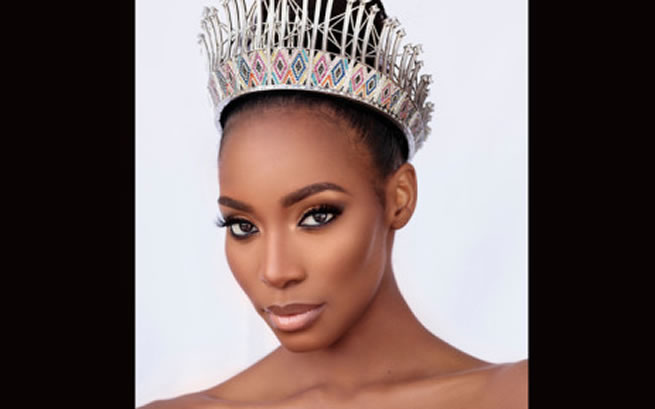 Her term has been surrounded by controversy since it was announced that this year’s pageant would be held in Israel.

There have been widespread calls from South Africans for her to boycott the event in solidarity with Palestine.

Mswane (24) went to Israel to represent South Africa on the international stage without the support of her government.

The Department of Arts, Culture and Sports confirmed that it wouldn’t be rallying behind Mswane over the fact that the pageant was held in Israel.

There were calls from various organisations for countries to boycott the international pageant in Israel because of the Israel-Palestine conflict and as a way to show solidarity with Palestinians the way they did with oppressed South Africans during apartheid.

Mswane felt it was important not to withdraw saying boycotting is not necessarily going to help to make a “substantial difference”.

She wore a white outfit on stage representing “the dove of peace”, which she describes as the culture of South Africa – the spirit of Ubuntu – a nation that has shown that lasting peace can be achieved.

Our hearts are bursting with pride ✨