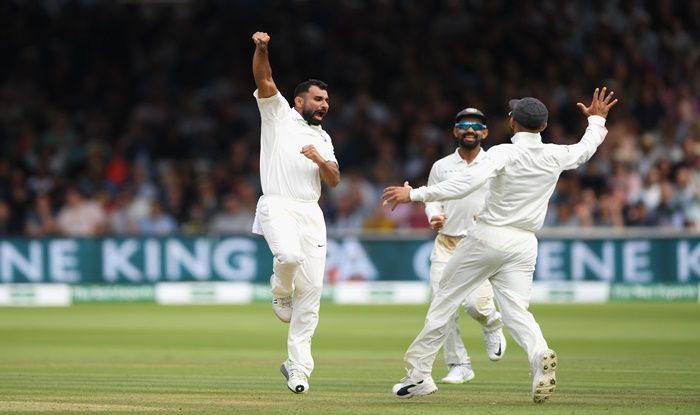 Centurion: With still a little over a month left to go for the IPL Auction, franchises would be keeping their eye on players they want on their side. With the tournament set to return to India, domestic players and homegrown stars would be in massive demand. Despite the fact that spinners would be fetching more at the auction, there are Indian pacers who could break the bank as well.Also Read – Virat Kohli Welcomes Jasprit Bumrah in The Most Loved Manner During 1st Test at Centurion; Pictures go VIRAL

One such fast bowler who can break the bank in the upcoming auction is Mohammed Shami. Despite 31 not being the ideal age for a pacer, Shami is breaking the stereotypes with his consistent show with the ball. The Bengal pacer picked up five wickets in the opening Test at Centurion yesterday and that would surely have raised his stocks. The best part about Shami is that his calmness gives you a sense of assurance. Also Read – Virat Kohli Dancing at Centurion During 1st Test Wins Hearts; Video Goes VIRAL | WATCH

In the upcoming auction, Shami could fetch a massive amount and that would be well-deserved. Shami would bring experience to the table along with sound knowledge of Indian conditions. He can be used up early and in the death overs – that makes him special. He has picked up 39 wickets in 28 IPL games in the past two seasons, which is not bad by any stretch of the imagination. Also Read – IND vs SA 1st Test: Mohammed Shami’s Five-For Gives India Massive 146-Run Lead vs South Africa on 18-Wicket Day in Centurion

Shami was a part of the Punjab franchise and has now been released. The Indian pacer could land himself a lucrative deal in the upcoming season of the IPL.

In SA, Shami would be a key member of the team.