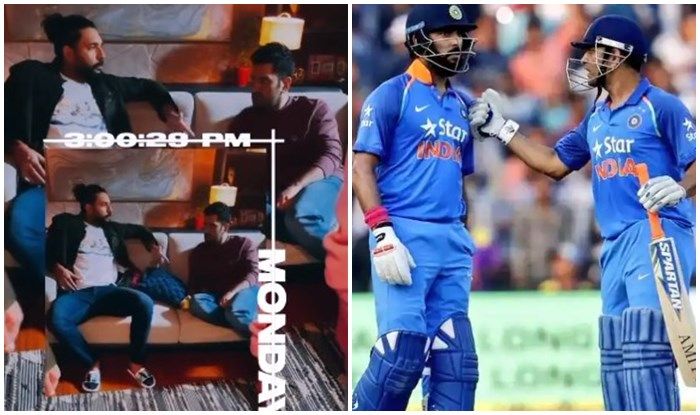 Mumbai: Two of India’s biggest cricketing stars – MS Dhoni and Yuvraj Singh – met recently at an ad shoot. The legends were seen happy in each other’s company, having a chat. Could be that the two cricketing icons have caught up after a long time as Yuvraj does not play IPL anymore, while Dhoni does.Also Read – Ex-Pakistan Captain Salman Butt Slams Virat Kohli, Ravi Shastri For Not Playing Ravi Ashwin Against England

Dhoni and Yuvraj have a massive fanbase and hence when the ex-India southpaw shared a boomerang on his Instagram story, fans could not keep a lid over their emotions. Also Read – Ashes 2021-22 – Australia or England? Ricky Ponting Predicts Winner, Scoreline

The duo helped the Indian cricket team become the inaugural ICC T20 World Cup winners in 2007, and four years later, they combined again to help the side become the first team to win the 50-over World Cup on home soil.

While the partnerships between Yuvraj Singh and MS Dhoni have always been amazing to watch, there have also been some downs in their past.

Yuvraj’s father Jograj has always been critical of Dhoni and his intentions. Time and again, Yuvraj’s father has accused Dhoni of being the one behind Yuvraj’s ouster from international cricket.

Dhoni would be seen in action in the next season of the IPL as CSK have retained him. On the other hand, Yuvraj will participate in the Road Safety World Series for India Legends.