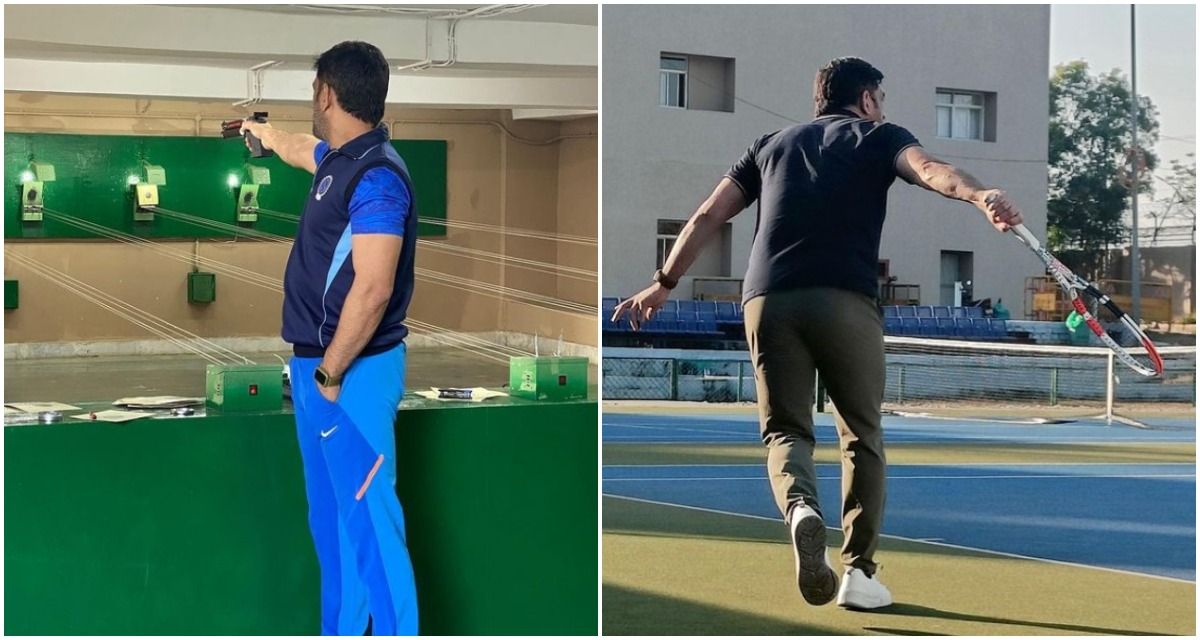 New Delhi: We already know about MS Dhoni’s love for football and Manchester United, something which he has admitted time and again. But apart from football, it was lesser know that the former India captain also has a knack for shooting and tennis. In two Instagram videos of the CSK captain that has gone viral, netizens just can’t get enough of ‘Thala’, trying his hand in Shooting and Tennis ahead of IPL Mega Auction in the weekend. The video is posted by professional tennis player, Sumeet Kumar Bajaj.Also Read – HIGHLIGHTS | IPL 2022 Mega Auction News, Feb 9: ‘Leading Gujarat Titans is Special’ – Hardik Pandya

The videos that are doing the rounds are shot at JSCA International Stadium Complex in Ranchi. Also Read – Ahmedabad-Based New IPL Franchise to be Called Gujarat Titans

Captain Cool at his best, as he swings the tennis racket quite expertly like he does with the bat.

As per reports, MS Dhoni is expected to be in Bengaluru on Feb 12-13 with the Chennai Super Kings team for the Mega Auction as the IPL franchises engage in a bidding war.

Defending champions, Chennai has retained the services of Ravindra Jadeja, MS Dhoni, Ruturaj Gaikwad and Moeen Ali for the 15th edition of the IPL. They have let go off one of the best batters from last season, Faf du Plessis, who finished as the second highest run-getter of the tournament. With Dhoni, CSK will be be looking to build a formidable team in build-up to the 2022 season.