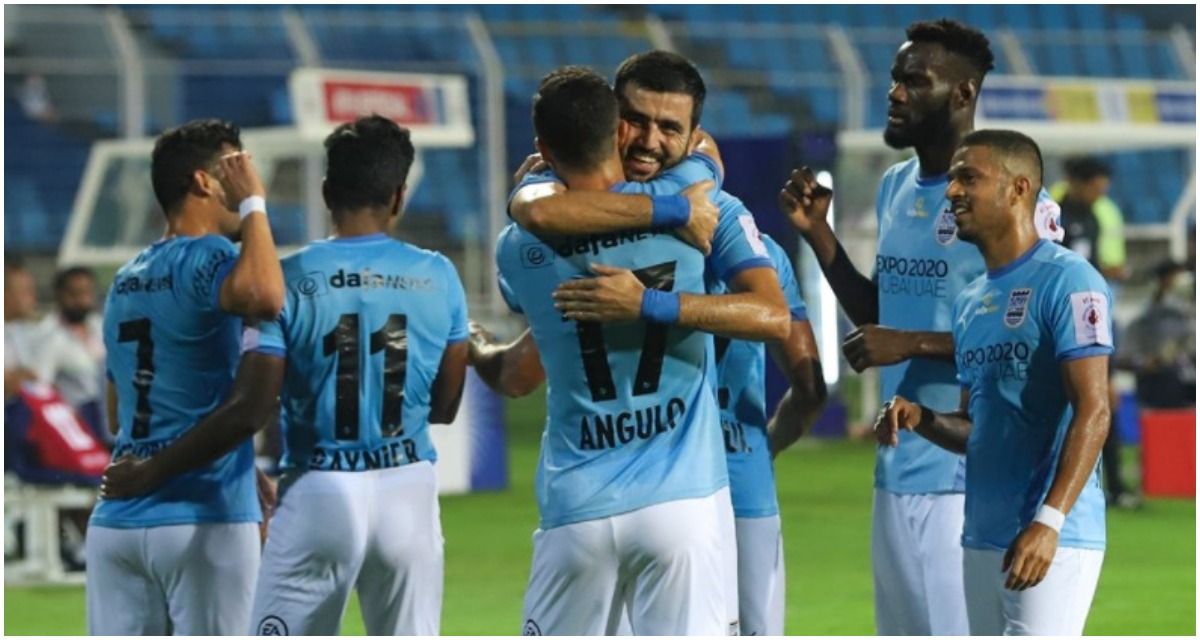 It was the home team all the way from the first whistle, nodding ahead in the third minute through the extremely skilful Gabriel. Also Read – ISL: FC Goa Register First Win of The Season in 7 goal Thriller Against SC East Bengal

Ahmed Jahouh’s short corner was played in the path of Gabriel just outside the box, with the Brazilian curling the ball home from the edge of the box.

Two minutes later, Jamshedpur nearly got the leveller but Greg Stewart found the keeper after doing all the spadework to outfox Rahul Bheke and take a swipe at goal.

There was no stopping Mumbai though as the defending champions doubled their lead in the 17th minute. A good spell of passing football set Gabriel free on the right side.

The 29-year old beat Eli Sabia with pace to enter the box, sending across a delectable cross for an unmarked Bipin to tap in.

Seven minutes later, Mumbai made it 3-0 sending a strong message to the other teams in the league that their shock defeat to Hyderabad FC was probably a one-off.

This time it was all about Angulo’s brilliance although Gabriel was in the forefront again with a perfectly weighted pass. Angulo, 37, left Eli Sabia for dead with his first touch to turn and rifle home a scorching left-footer that whizzed past T.P. Rehenesh.

Jamshedpur turned on the heat after the break, scoring twice in the space of seven minutes. First, Stewart found Thatal in space with the latter cutting into his right and unleashing a powerful shot that deflected off a defender to wrong-foot Mohammad Nawaz under the Mumbai City FC bar.

Eli Sabia atoned for his mistakes in the first period with a second, a few minutes later when the 33-year old leapt high to nod into an empty net, making the most of a defensive error from Bheke.

Angulo made way for Catatau in the 68th minute and the Brazilian made an instant impact with a smashing finish from close.

Jamshedpur threw in the towel at the end and pushed Mumbai to the brink but it was too little too late as the Owen Coyle-coached side succumbed to its first loss of the season.