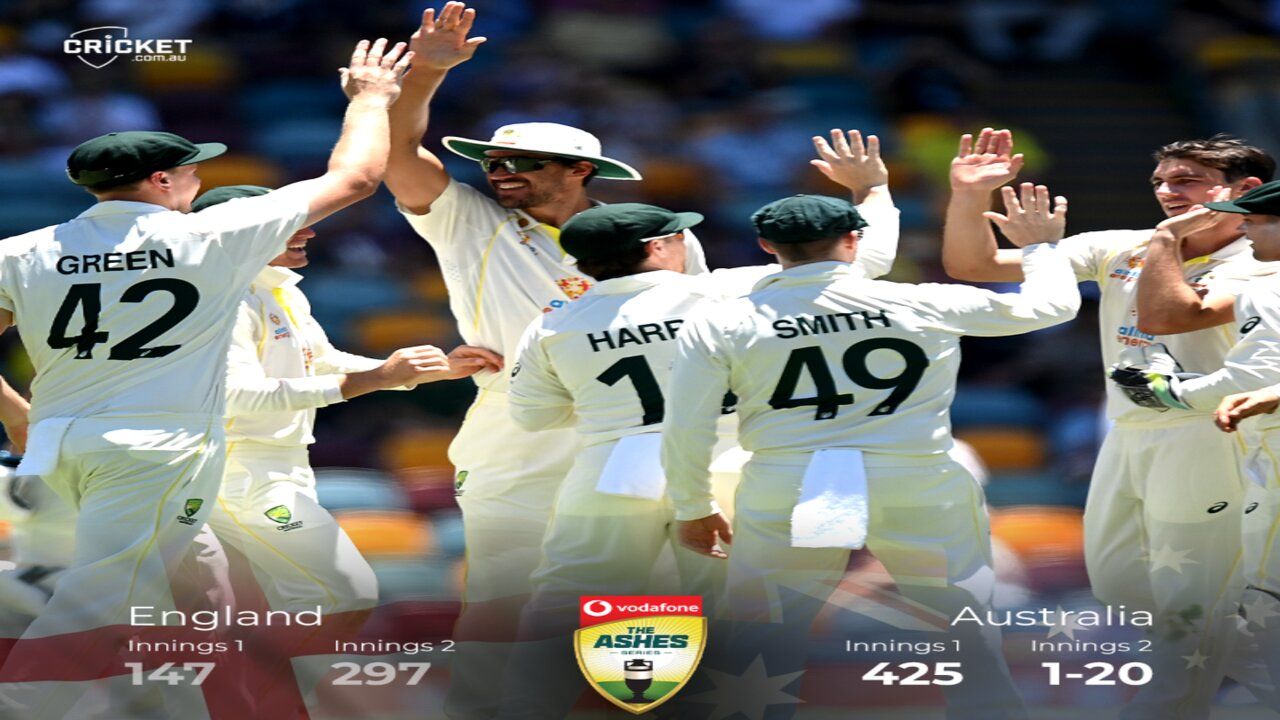 Brisbane: In a tremendous turnaround on Day 4, England’s overnight hopes of dominating Australia in the opening Ashes Test here were dashed with the hosts coming up with a superb bowling display to thrash the tourists by nine wickets at The Gabba and take a 1-0 lead in the series on Saturday. There were speculations that the visitors were on to something special, however, a collapse at the beginning of Day 4, made the proceeding easier for the Aussies.Also Read – ‘Umpires Not Empires’ – Twitterverse Corrects Shashi Tharoor’s Spelling Mistake in Ashes Post on Ben Stokes No-Ball

England top-order batters Dawid Malan and Joe Root’s spirited fightback had helped England close day three on a high as the tourists had reached 220 for two at stumps, trailing by 58 runs. But on Saturday, the visitors could add only 77 runs to their overnight total as wickets fell like ninepins and the England’s second innings folded up for 297 runs. Also Read – Ashes 2021: Aussie Fan Proposes Girlfriend During 1st Test at Gabba, Video Goes Viral | WATCH

England added just three runs to their overnight score when they lost their first wicket of the day, with Dawid Malan hitting a bat-pad catch to Marnus Labuschagne for Nathan Lyon’s 400th Test wicket. Lyon became the 17th bowler to reach the milestone, and the third Australian, after Shane Warne and Glenn McGrath. After his agonising wait to reach the mark, Lyon waited a matter of minutes for his 401st wicket, dismissing Ollie Pope for just four. Also Read – Ashes, 1st Test: Pat Cummins Rotated His Bowlers And Himself Well, Says Nasser Hussain

With a target of just 20 runs to be achieved, Marcus Harris completed the formalities by striking the winning runs, with Australia losing the wicket of Alex Carey in the process.

The action now shifts to Adelaide where the second Test will be held. The second test will be a pink ball encounter starting at 9:30 AM as per Indian Standard Time. The Adelaide Test could feature the lethal combination of James Anderson and Stuart Broad once again. With over 1000 wickets between the duo, the pink ball test is the best chance for visitors to level the series.