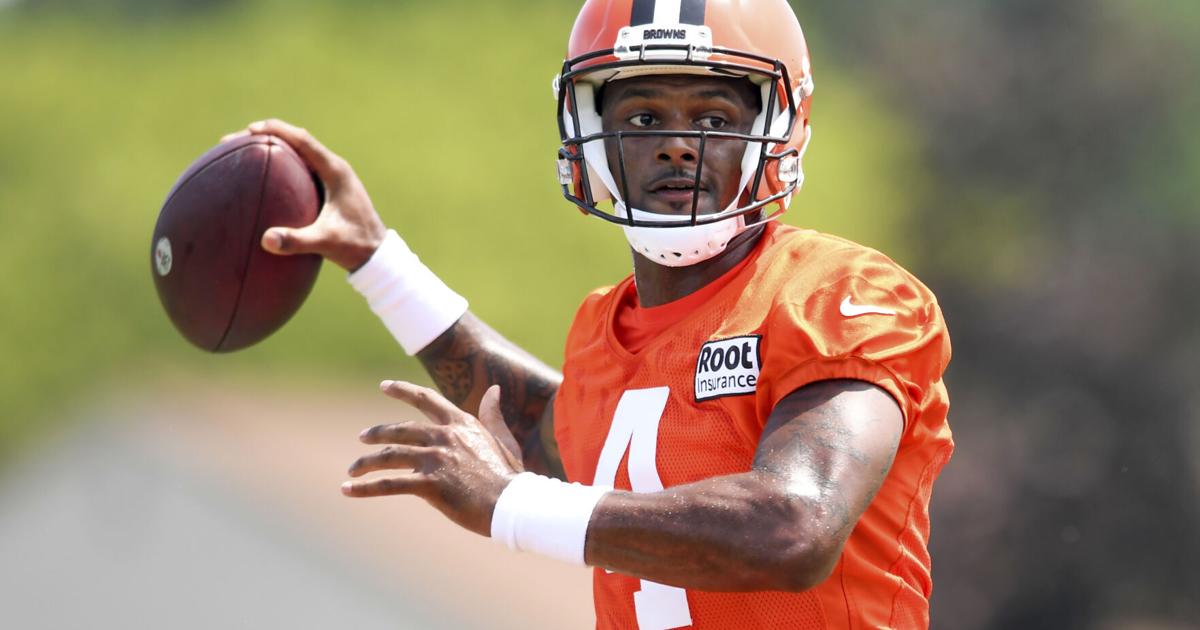 The NFL is appealing a disciplinary officer’s decision to suspend Cleveland Browns quarterback Deshaun Watson for six games for violating the league’s personal conduct policy, giving Commissioner Roger Goodell or someone he designates authority to impose a stiffer penalty.

Former federal judge Sue L. Robinson issued her ruling Monday after Watson was accused by two dozen women in Texas of sexual misconduct during massage treatments while he played for the Houston Texans.

In her 16-page report, Robinson described Watson’s behavior as “more egregious than any before reviewed by the NFL.”

Robinson’s punishment — in her first case since being jointly appointed by the league and NFL Players Association — fell well short of the indefinite suspension of at least one year sought by the league.

So, the NFL on Wednesday exercised its right to appeal, per the collective bargaining agreement.

The players’ union has until the end of business Friday to respond in writing. The union could challenge the appeal ruling in federal court, setting the stage for a prolonged fight.

Get the rest of the story here:

Get local news delivered to your inbox!