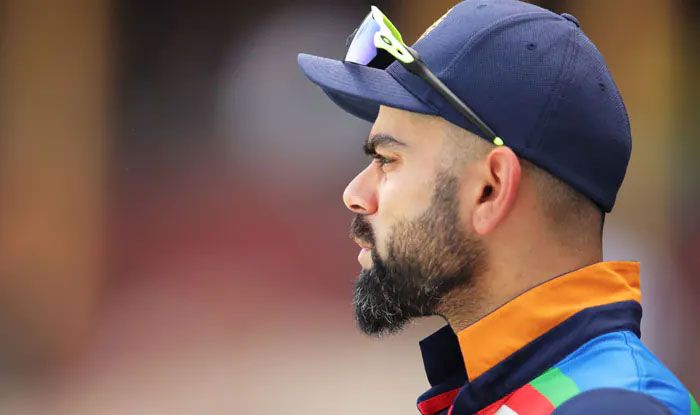 New Delhi, Dec 9: Former India international and ex national selector, Saba Karim says that Virat Kohli’s inability to guide Team India to a major ICC Trophy had cost him the ODI captaincy.Also Read – Virat Kohli Is Still The Leader Of Team in Rohit-Dravid White-Ball Partnership Even After Being Removed As ODI Skipper

Kohli stepped down from the T20 captaincy after the T20 World Cup and now BCCI have given the One-Day duties to Rohit Sharma, who’ll be acting as the former’s deputy in the longest format of the game. Also Read – Virat Kohli to Perform Better After ODI Captaincy Stint, Ex Pakistan Cricketer Salman Butt Backs Former Captain

“It is right to say that Kohli has been sacked. He made the announcement while leaving the T20I captaincy and could have confirmed that he does not want to continue as ODI captain as well. This meant he wanted to remain ODI captain. Not being able to win an ICC trophy could have cost Virat Kohli the ODI captaincy,” said Saba Karim on a show called Khelneeti. Also Read – Sourav Ganguly on Virat Kohli’s Sacking as Team India ODI Captain: BCCI Requested Him Not to Step Down as T20I Skipper

Saba Karim feels that Kohli has been sacked from his position as ODI skipper, saying Kohli himself made the announcement that he was stepping down as the captain of the Indian side in T20I cricket, but wanted to remain as the ODI captain.

“It is right to say that Kohli has been sacked. I think his inability to win an ICC trophy could have cost his ODI captaincy,” he said, adding, “I am confident that Rahul Dravid would have had a word with Kohli.”

Karim emphasised that Dravid is a person who always wants to have clear communication with his players.

“I am sure that Dravid or a BCCI functionary would have had a word with Kohli regarding their plans of introducing split captaincy. So, when it comes to taking such a big decision, I believe someone would have surely talked to Kohli,” he said.