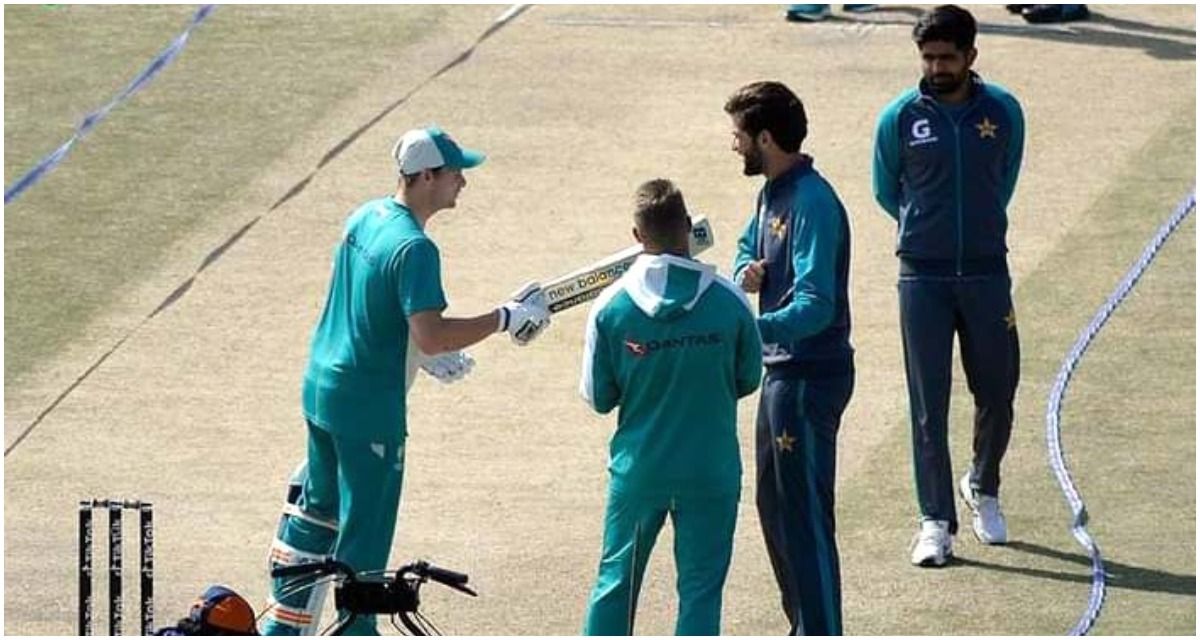 Dubai, March 10: The Rawalpindi pitch has been a subject a lot of criticisms in recent days as Pakistan and Australia played out a stalemate in the 1st Test.Also Read – David Warner Believes Mankading is Against the Spirit of Cricket

The lifeless pitch in Rawalpindi became a talking point after only 14 wickets fell across five days and across three innings while 1187 runs were scored in total as the first Test ended in a dull draw. Pakistan, who batted for 162 overs in the first innings, posted 476/4 declared. Australia faced 140.1 overs for their 459 while Pakistan finished with 252/0 in 77 overs in their second essay. Also Read – MCC Bans Using Saliva to Shine the Ball, Mankading No More Unfair Play | List Of Recommended Changes

After the game, Australia’s captain Pat Cummins suggested that the lifeless pitch was made to nullify the visitors’ pace attack. Later, PCB chairman Ramiz Raja also admitted the match “wasn’t a good advertisement” for cricket and said he understood the frustration of fans but stressed that, “just for the heck of it, we can’t prepare a fast pitch or a bouncy pitch and put the game in Australia’s lap”.

Meanwhile, in his assessment of the pitch, Madugalle said: “The character of the pitch hardly changed over the course of five days and that there has been no deterioration apart from the bounce getting slightly lower. The pitch did not have a great deal of pace and bounce in it for the seamers nor assisted the spinners as the match progressed. In my view, this does not represent an even contest between bat and ball. Therefore, in keeping with the ICC guidelines, I rate this pitch as below average.”

“Mr. Madugalle’s report has been forwarded to the Pakistan Cricket Board,” the ICC said in a statement.

Notably, the performance of pitches and outfields rated by the ICC are Very Good, Good, Average, Below Average, Poor and Unfit.

In case, the accumulated demerit points reach 10, the venue in question will be suspended from hosting international cricket for 24 months.