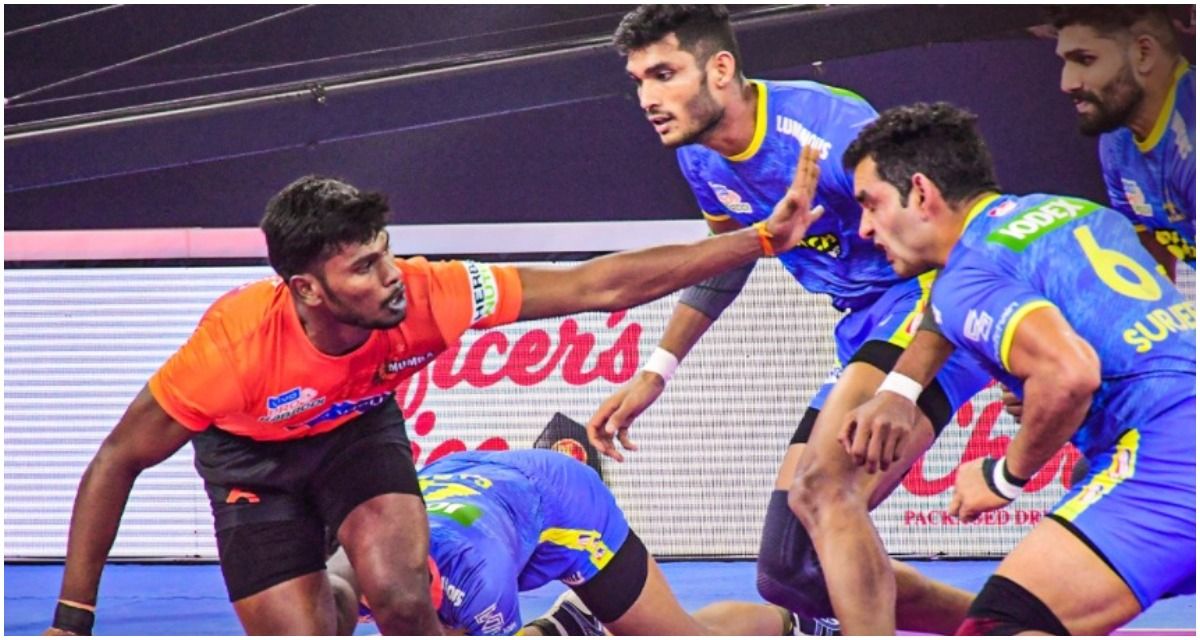 Bengaluru, Dec 27 : V Ajith Kumar’s heroics with raids was not good enough for former champions U Mumba as they settled for a 30-30 tie against Tamil Thaliavas in their Pro Kabaddi League match here on Monday.Also Read – UP vs JAI Dream11 Team Prediction Vivo Pro Kabaddi League: Captain, Vice-Captain, Playing Teams of Match 15 Between UP Yoddha vs Jaipur Pink Panthers at Sheraton Grand, Whitefield, Bengaluru at 8:30 PM IST December 27 Monday

The raider scored 15 points in the match to help U Mumba take a lead after trailing for long periods, but a last-minute blunder by the season 2 champions helped Thalaivas escape with a tie, their second of the season. Also Read – TAM vs MUM Dream11 Team Prediction Vivo Pro Kabaddi League: Captain, Vice-Captain, Playing Teams of Match 15 Between Tamil Thalaivas vs U Mumba at Sheraton Grand, Whitefield, Bengaluru at 7:30 PM IST December 27 Monday

With Manjeet and Bhavani Rajput, both lanky raiders with massive reach, impressing with their raids, the Thaliavas clinched their first ALL OUT in the seventh minute to open up an 8-point lead.

The Thalaivas had six successful tackles as opposed to none by U Mumba in the first 15-minutes but they lost their course in the final minutes of the first half. Mumbai scored nine points in the last five minutes of the half though.

Ajith Kumar produced a stunning four-point Super Raid and an additional two points for ALL OUT, to reduce the Tamil Thaliavas lead to just two points in the last minute. The first half ended 17-14 in favour of Thaliavas but the momentum was with Mumbai.

Tamil Thaliavas continued with their aggressive approach in the early minutes of the second half with Bhavani Rajput looking their best raider.

But the Thalaivas continued to struggle against their former raider Ajith Kumar who clinched his Super 10 and helped Mumbai keep pace, which proved to be the difference as his raid points fetched U Mumba an ALL OUT with six minutes remaining in the match.

For the third match in a row, Thalaivas had allowed a team to make a comeback and take the lead. But the team from Chennai calculated the last raids effectively to ensure Mumbai had to make a do-or-die attempt in the last move of the match.

Ajith Kumar went for the touch instead of sacrificing himself for a bonus point and the Thaliavas defence rounded him off to clinch a tie.