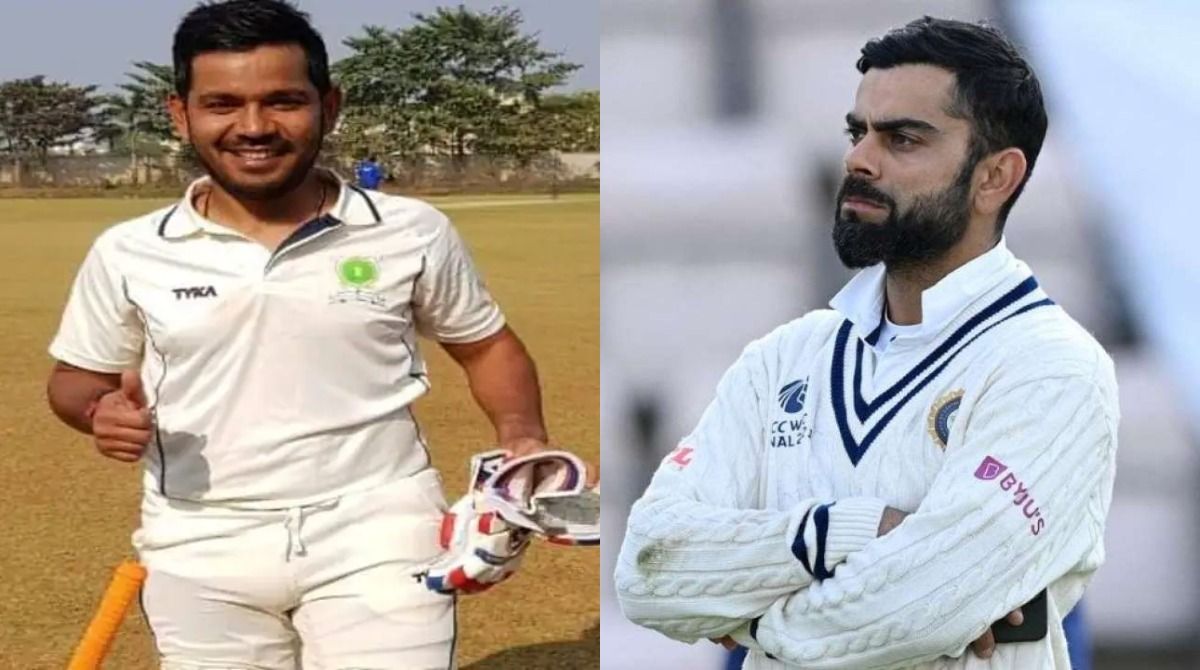 New Delhi: When Punit Bisht entered the dressing room on the third day of Delhi’s Ranji Trophy match against Karnataka back in 2006, there was deafening silence all round and sitting in a corner was a 17-year-old Virat Kohli, eyes all welled up.Also Read – Not Rohit Sharma or Virat Kohli; Mohammad Shami Names Cheteshwar Pujara as Batter Who Frustrates Him The Most in The Nets

Bisht, then all of 19, was taken aback by the sight. The look on Kohli’s face was enough to tell him that India’s future captain, who was still a boy at that time, was trying to battle a storm inside. Also Read – Virat Kohli Fan’s Handwritten Letter to BCCI For Not Allowing Crowds in Mohali For 100th Test Goes VIRAL

Kohli had just lost his father Prem, a lawyer, who suffered a brain stroke just a few hours back in the middle of the night. Kohli and Bisht were not out the other evening. But life had turned upside down for young Kohli. Also Read – Virat Kohli Just Lets This Ball Go: Steve O’Keefe Remembers His Favourite Dismissal In Tests

“To this day I wonder, how in the world did he muster the courage to drop in at the ground. We were all numb at his tragedy and here the boy was standing in the dressing room and ready to go out and bat,” Bisht, once Delhi’s premier wicketkeeper, who now plays as a professional for Meghalaya, remembers everything as if it was yesterday.

Ahead of Kohli’s 100th Test, Bisht agreed to take a trip down memory lane to the winter of the 2006 Ranji Trophy, when India’s domestic cricket fraternity took note of a resolute teenager called Virat Kohli.

“Mind it, his father’s last rites hadn’t been performed and he had just come because he didn’t want his team to lose a batter as we were not in a great position,” Bisht tried to remember the events of the following morning.

It’s nearly 16 years to that day and Punit can vividly remember how senior players, including skipper Mithun Manhas and coach Chetan Chauhan had told Virat to go home.

“Chetan sir, if memory doesn’t serve me wrong, was our coach that season. Both Chetan sir and Mithun bhai told Virat to go home as they were not sure whether it would be a prudent idea to let the kid go out there in a tense situation and how he would mentally cope up.

“Trust me, no one in the team even had a second thought that he should go back and be with his family and take his own time to grieve. But this is Virat Kohli we are talking about. He was made of different stuff,” Bisht said.

Bisht is a hardened domestic professional having played close to a decade for Delhi. He has appeared in 96 first-class games and accumulated 4378 runs.

But perhaps that stand of 152 with young Kohli will forever remain Bisht’s most remembered moment in a career that spanned over a decade and half.

Call it irony, Bisht scored 156 in that innings and Kohli had 90 but when some amazing scripts are written, there are some unbelievable footnotes that make for a great story.

It’s very difficult after so many years to remember what transpired in that partnership.

“Virat was in a zone during those hours. I think for those few hours, he had stopped reacting to grief and showed grit like never before. He played some lovely flicks and his signature cover drive. We had very little conversation. He would just come and say, ‘lamba khelna hai, out nahi hona hai’.”

“I didn’t even know what to say. Often in my heart, a feeling would crop up that let me just put my hand on his head, say a few words of comfort. My head said that no, we have a job to do and let’s focus on that. I think he got a debatable decision and missed out on a hundred,” Bisht said.

So what made Kohli special even at that age?

“Well, me and Virat knew each other much before we played Ranji Trophy together. He was 15 and I was also in my teens and in the Delhi club circuit, everyone spoke about him. He was destined for the elite league and one knew he won’t hang around domestic level for too long.

“He wasn’t just another player but an enforcer, who made his presence felt even when he was fielding. He was always aggressive and it’s not something that he developed overnight.

They had many funny moments — him behind the stumps and Kohli at first slip during latter’s short domestic stint — and even now, he meets his old friend with lot of fondness.

The work ethic bit is something that even seasoned Bengal stumper Shreevats Goswami recalls clearly from their India U-19 days.

“We were from Bengal and Virat was so quintessentially Delhi. He was loud, vivacious and had the game to match his flamboyance and we guys even at that age could hardly match his energy levels.

“There are loads of memories of our India U-19 days. With Virat around, there wasn’t ever a dull moment back then.

“I can vouch, at that age-group level, he was the only one in our batch who could effortlessly clear the ropes and land it on stands,” Goswami said when asked what made Kohli special.

Having also spent a few seasons with Kohli in RCB, Goswami would fondly call him ‘Baba’, an indulgent term of endearment.

“Virat had talent in abundance, he got the right opportunities at the right time and utilised them to the fullest. Life, like cricket, is all about perfect timing,” Goswami said.

Bisht and Goswami will have treasure trove of stories to tell their future generations. After all, not everyone can claim they have watched Virat Kohli from 22 yards.