Ukrainian Ambassador to the US Oksana Markarova has said that Ukrainian President Volodymyr Zelenskyy will “definitely not” be part of the delegation attending talks with Russia, saying Mr Zelenskyy is in Ukraine defending the country.

Ms Markarova called on the Russian president to stop the war, and said that Ukraine would send people to the talks. She added that Ukraine is always ready for talks, “but we are not ready to surrender. And we will defend our country, and we will win”. 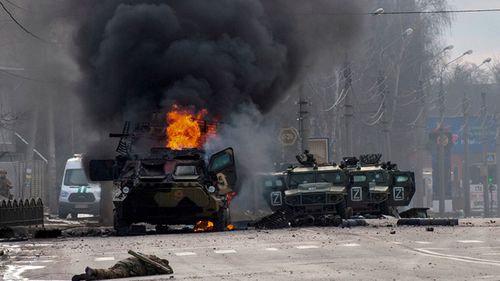 Asked whether she thinks Russia is genuine in extending this olive branch, Ms Markarova said: “There is an ongoing, full-fledged war with war crimes conducted by Russians in Ukraine on a daily basis. So how genuine is this proposal? We don’t know.”

On Mr Putin putting deterrence force, including nuclear weapons, on high alert, Ms Markarova said: “This is yet one more example of a terrorist behaviour of Russia. They attacked our country. They are scaring everyone.”