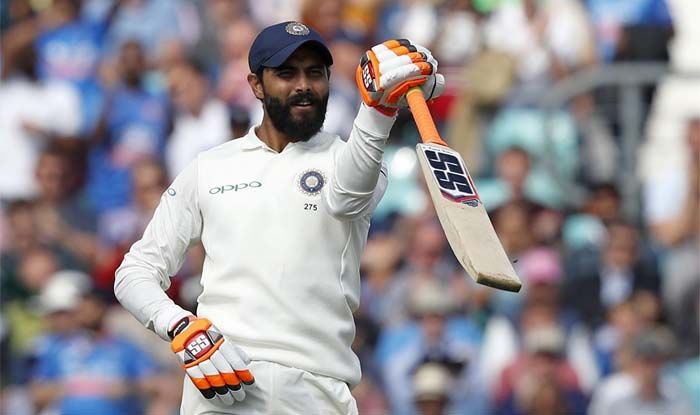 New Delhi: Cricket is one of the most revered sport in the world. Batters, around the world, have to work very hard for every run depending on the format. Each batter has a different way of celebrating their milestones. Although some players go one step to celebrate their half centuries or centuries. One such player in Team India is celebrated all-rounder Ravindra Jadeja.Also Read – Ravindra Jadeja Is Preferred Over Ravichandran Ashwin In Overseas Tests Over This Reason; Explains Pragyan Ojha

The Chennai Super Kings star celebrates his century or half-century by fencing with the bat itself. Cricket lovers are extremely fond of this style of Jadeja and many fans even try to imitate him. Recently, on Twitter, a video of a baby elephant went viral. In that video, the baby elephant is seen swinging its trunk in the air and netizens started comparing the hilarious trunk swinging to Jadeja’s sword celebration. Also Read – Ravindra Jadeja is Perfect T20 Cricketer: Michael Vaughan Hails CSK All-Rounder

Recently, before Ravindra Jadeja, Australian cricket team opener David Warner had imitated his fencing action with his bat. This was shared by Warner on his Instagram account. Although this video was during the shoot of an advertisement last year. Ravindra Jadeja commented on this post and wrote that “Hahaha almost there, David.”

It is noteworthy that Jadeja has been India’s most valuable player for a while in all three formats of the game. His ability to score quick, bowl tough overs and exceptional fielding stands out among the rest of the players, not just in India, but in world cricket. Recently, the star all rounder was retained by CSK as their first choice. Jadeja was retained at a whopping amount of 16 crores followed by MS Dhoni at 12 crores, Moeen Ali at 8 crores and Ruturaj Gaikwad at 6 crores.