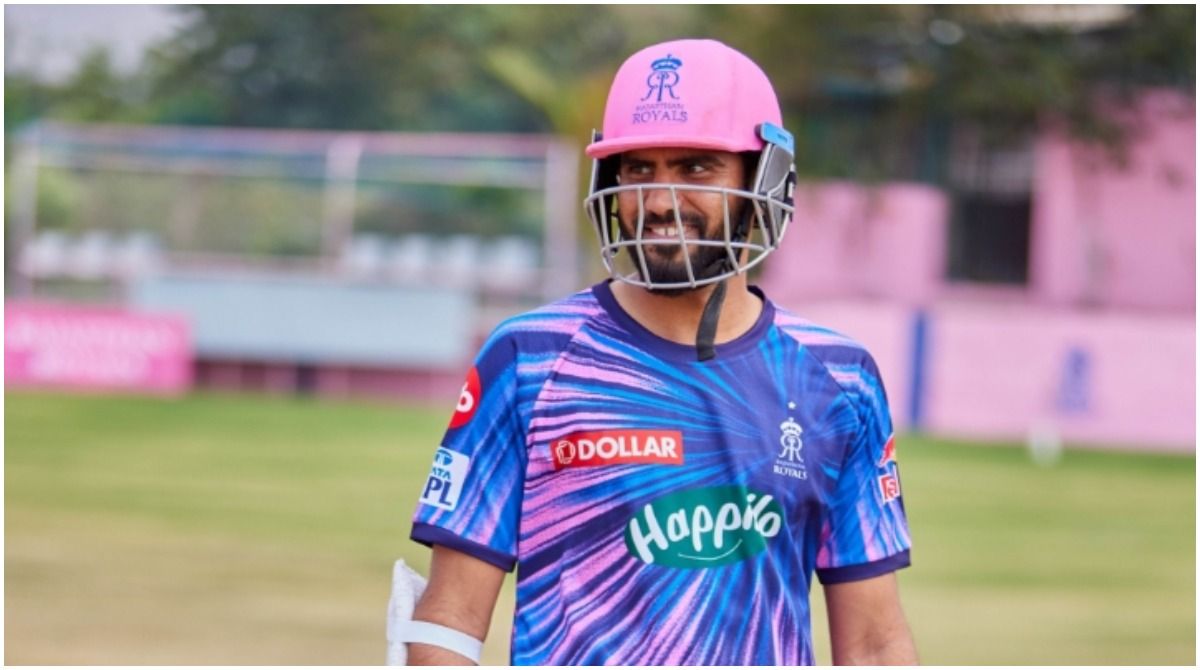 Nagpur: Apart from the excitement of playing in the Indian Premier League (IPL), it is the experience of rubbing shoulders with legends of the game which gets young cricketers excited. Rajasthan Royals’ new recruit, Shubham Garhwal, is no different.Also Read – IPL 2022: Check Out KL Rahul-led Lucknow Super Giants Jersey Images Leaked On Social Media

Picked by the 2008 IPL champions during the mega auction in February, the left-handed Jodhpur-native is eager to pick the brains of Sri Lanka legend Kumar Sangakkara, who will be the head coach as well as the director of cricket at the Royals. Also Read – IPL 2022: RCB Director of Cricket, Mike Hesson Reveals Virat Kohli Wanted a Break

“I take a lot of pride in representing the Royals. I am from Rajasthan myself and it’s the biggest moment of my life. The happiness that I’ve seen on my parents’ faces is something that inspires me to give my all for the team. I am really looking forward to working with Sanga Sir as well. He’s been one of the greatest left-handers in the sport, and I’m sure his advice will take my game to the next level,” said Garhwal in a release by the franchise on Sunday. Also Read – IND vs SL 2nd Test: Virat Kohli Flaunts Red Vest, RCB Fans Go Wild- WATCH Viral Video

The earliest inspiration for Garhwal to take up cricket came from watching Yuvraj Singh ace the chase of 260 against Australia in the quarter-finals of the 2011 Men’s Cricket World Cup, which he saw as a 15-year-old.

“I was really young back then, playing gully cricket in my hometown Jodhpur and couldn’t even hold the bat with the correct grip. But seeing Yuvraj Singh have a wonderful tournament in 2011 really inspired me. I am also a left-hander so I used to love how he could hit the ball so effortlessly. I think that was a period which really changed my life for the good.”

Rajasthan stumbled over Garhwal when they saw him giving a trial during the Royals High-Performance Centre in Nagpur. “I felt like I was in good touch during the trials but still with so many players up for sale in the auction, I wasn’t very confident that I’ll get picked. When I was bought (in the mega auction), I was over the moon, I couldn’t believe it,” expressed Garhwal.

Rajasthan Royals will start their IPL 2022 campaign on March 29 against Sunrisers Hyderabad at MCA Stadium in Pune.