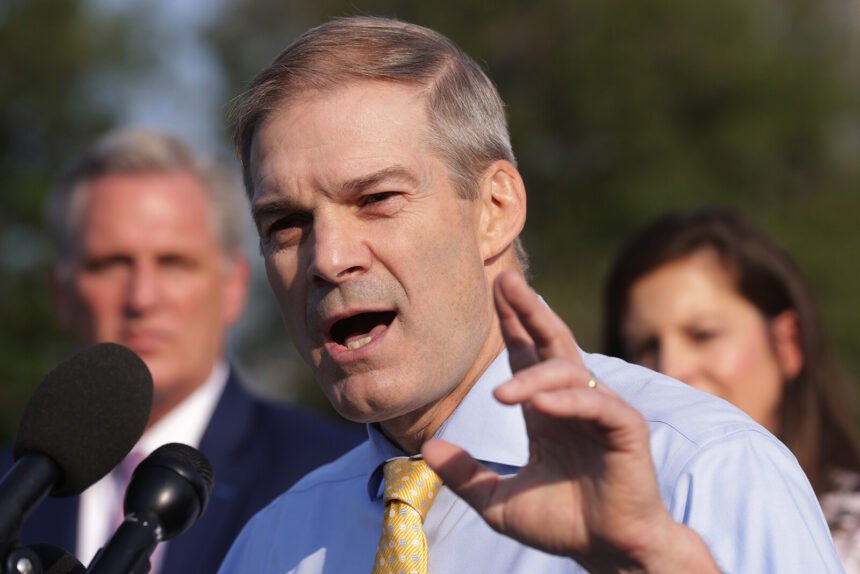 Republican Rep. Jim Jordan on Monday declined to say definitively if he has closed the door on cooperating with the House select committee investigating the January 6, 2021, insurrection.

A top congressional ally of former President Donald Trump, Jordan had penned a defiant letter to committee Chair Bennie Thompson on Sunday indicating that he does not plan on cooperating with the panel. The Ohio Republican wrote that he has “no relevant information that would assist the Select Committee in advancing any legitimate legislative purpose.”

When pressed Monday by CNN on Capitol Hill about his willingness to cooperate, Jordan declined to say explicitly that he would not cooperate with the committee. “The letter speaks for itself. You read the letter. We put the reasons in there, we put the statements in there that we did because we felt that were important to say,” Jordan said.

Asked if he would be open to appearing before the committee in a public hearing, Jordan only offered, “We have the letter. You can read my letter; that’s our response.”

Last month, the select committee had asked Jordan to voluntarily meet as it zeroes in on Republican lawmakers who may have significant knowledge of events leading up to the US Capitol attack.

Jordan has been identified as one of the lawmakers who sent a text message to then-White House chief of staff Mark Meadows in the lead-up to the attack, which the committee has in its possession. The message that Jordan forwarded to Meadows on January 5 outlined a legal theory that then-Vice President Mike Pence had the authority to stand in the way of the certification of the 2020 election.

The panel has already interviewed more than 300 witnesses and collected some 35,000 records. House investigators are subpoenaing bank records to follow the money behind the pro-Trump rallies that preceded the insurrection, and they’re poring over texts and other communications to examine the role of Trump and his allies.

Beyond Jordan, another elusive figure for the panel could prove to be Pence. Thompson told NPR this month that the committee will meet to discuss offering Pence a formal invitation to voluntarily appear.

But, according to The New York Times, the former vice president has soured on the notion of voluntarily cooperating in recent weeks. Pence has told aides that he views the prospect of criminal referrals as floated by members of the committee as a partisan turn designed to harm the GOP before this year’s midterm elections, according to the outlet.