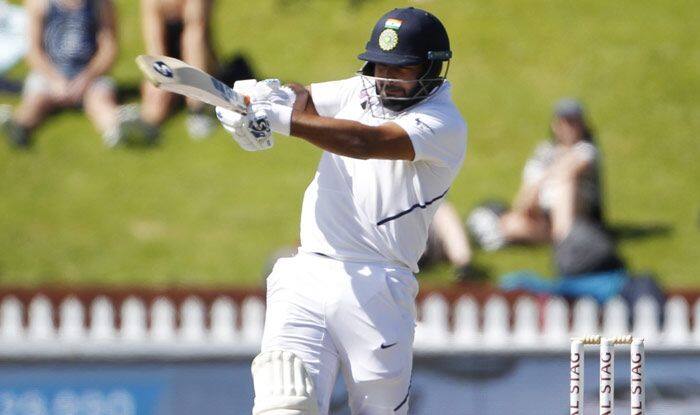 The Test bowling award went to Kyle Jamieson for his 5 for 31, which helped New Zealand become the first World Test champions. Also Read – Rohit Sharma Explains Why Rishabh Pant Was Made to Open in 2nd ODI vs West Indies

Pant steered India to an unlikely victory in the dying moments of play in the last Test, taking them to a 2-1 series win that few would have predicted when India went into the match with a third-string side in the wake of numerous injuries to their first-choice players. Also Read – Virat Kohli Resolves DRS Conundrum For Rohit-Sharma-Led India That Sent Shamarh Brooks Packing | Watch Viral Video

The Captain of the Year award also went to New Zealand. Kane Williamson, who was up against Virat Kohli, Babar Azam and Aaron Finch for the title, won for leading his side to the Test championship win and a runners-up place at the T20 World Cup.

England fast bowler Ollie Robinson was named Debutant of the year for his 37 wickets at 21.16 in eight Tests, which made him England’s second highest wicket-taker in Tests in 2021.

England’s men’s team had a largely forgettable year, but they managed to grab three awards. Saqib Mahmood’s 4 for 42 in a nine wicket win over Pakistan took the ODI bowling title. Jos Buttler won the T20I batting award for his unbeaten 101 off 67 balls on a challenging surface in Sharjah against Sri Lanka at the T20 World Cup. His innings beat, among others, Matthew Wade’s end-of-innings demolition of Pakistan.

The ODI batting and T20I bowling awards went to Pakistan. Fakhar Zaman won for his 155-ball 193 against South Africa at the Wanderers, the highest score in an ODI chase and the second highest ever in a losing cause. And Shaheen Afridi won the T20I bowling award for his annihilation of India in a ten-wicket win for Pakistan at the T20 World Cup.

It was a big year for the India women’s team, who played 22 games in 2021, but were on the receiving end of the two award-winning performances in the women’s categories: Australia opener Beth Mooney’s unbeaten 125 in a dramatic final-ball win in an ODI in Mackay, and England fast bowler Kate Cross’ 5 for 34 in a more assured five-wicket win in Taunton.

The men’s T20 World Cup gave the Associate teams who qualified a rare chance to step into the spotlight. Namibia, who beat Netherlands, Ireland and Scotland in the tournament, had five nominations across the Associate batting and bowling categories, and they won in both categories, for performances in the World Cup. Gerhard Erasmus, the team’s captain, took the batting award for his unbeaten 53 in an eight-wicket win over Ireland. Left-arm fast bowler Ruben Trumpelmann, who struck three times in the first four balls against Scotland won the bowling award.