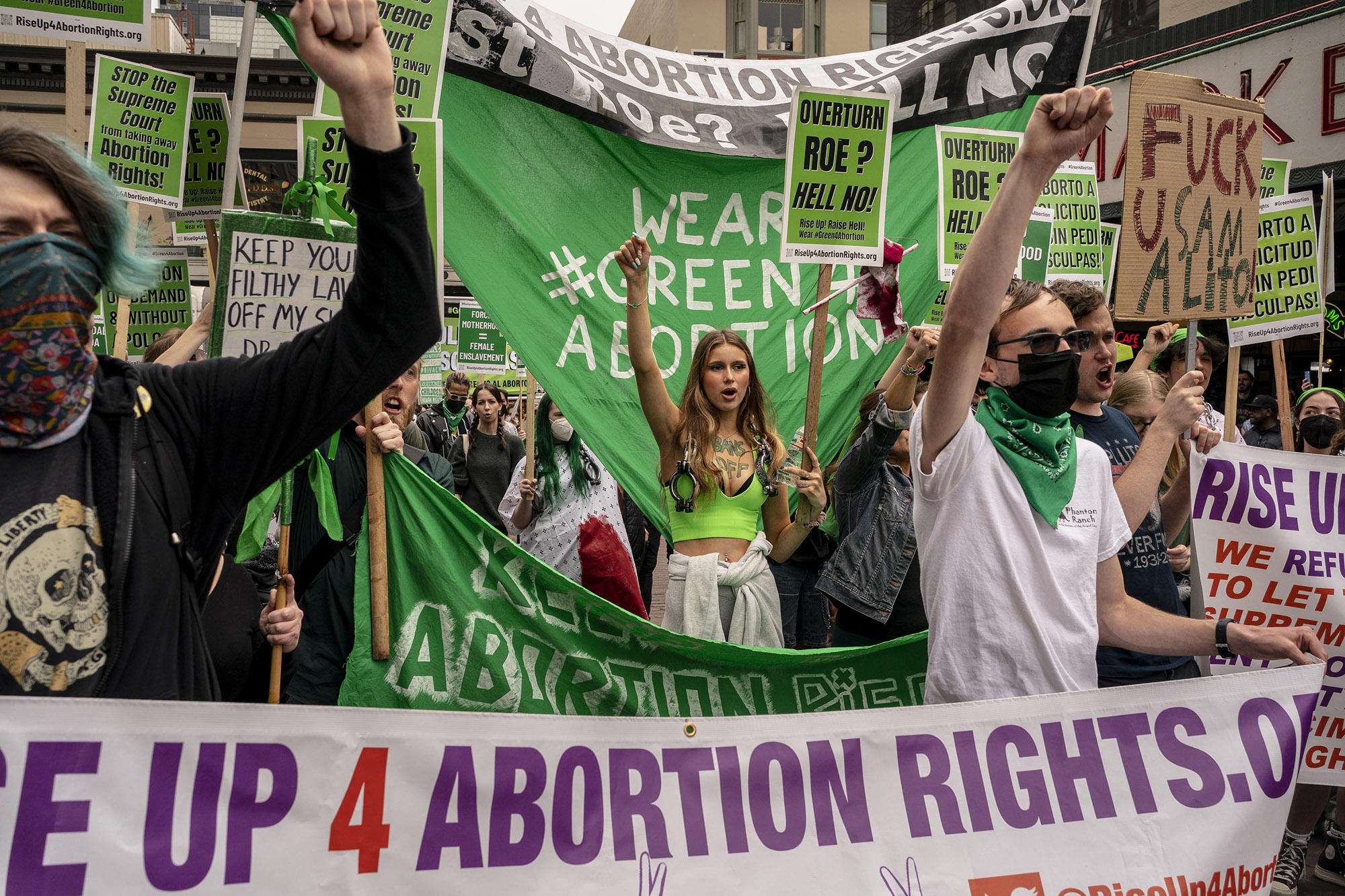 The decision had been anticipated for weeks, after a leaked draft surfaced early last month in the case known as Dobbs v. Jackson Women’s Health, a case that considered Mississippi’s 16-week abortion ban.

“This decision will also have dangerous consequences for women and families in the South Sound, and across this country,” Strickland said in prepared remarks. “It means that 26 states can now move quickly to ban abortion – with millions of women losing access to reproductive health care.”

“And it is a dangerous step toward the ultimate goal of the extreme, anti-women movement: A nationwide abortion ban that would block a woman’s right to choose access in every state in the country, including Washington,” she added.

State Attorney General Bob Ferguson meanwhile said he will continue to protect abortion in Washington and to help both people traveling here and medical professionals in other states.

“I will use every tool to defend this law, and we will fight every legislative effort to remove these fundamental protections,” Ferguson said in prepared remarks.

“Moreover, I will use my authority to ensure Washington welcomes any individual who comes here to access the fundamental right to reproductive justice,” he added, “I am already working to protect medical professionals who are prosecuted in other states for providing essential health care services that are legal and protected in Washington.

Ferguson spoke this week at a Crosscut event about how this Supreme Court ruling could jeopardize other civil liberties.

Shortly after the court’s ruling Friday morning, Gov. Jay Inslee, along with the governors of California and Oregon, announced a pact to “be a safe haven for all people seeking abortions and other reproductive health care services,” according to a news release.

“More than half the nation’s population now lacks safe access to a medical procedure that only a patient and their doctor can and should make for themselves,” Inslee said in the news release issued jointly with Oregon Gov. Kate Brown and California Gov. Gavin Newsom.  “Instead, law enforcement, vigilantes and judicial systems can force patients to bear the burdens of forced pregnancy and birth.”

That pact includes an eight-point commitment from the three governors to defend access to reproductive healthcare, such as abortion and contraceptives, according to a copy of the pact.

Among other things, Inslee and the two other governors vow to protect against efforts by states opposed to abortion to target patients receiving legal reproductive healthcare services on the west coast. The governors also pledge to protect against courts and local law enforcement from cooperating with out-of-state investigations or arrests connected to people inquiring about or seeking abortion or reproductive healthcare here.

Washington might see a 385% boost in patients from out of state seeking care, including from nearby Idaho.

Abortion providers here have been preparing such increases. For instance, a new clinic was announced to open in Yakima, spurred by the impending Supreme Court ruling.

Washington is one of only 16 states with laws to preserve abortion and officials like Inslee have already floated the idea of an amendment to the state constitution to enshrine abortion rights.