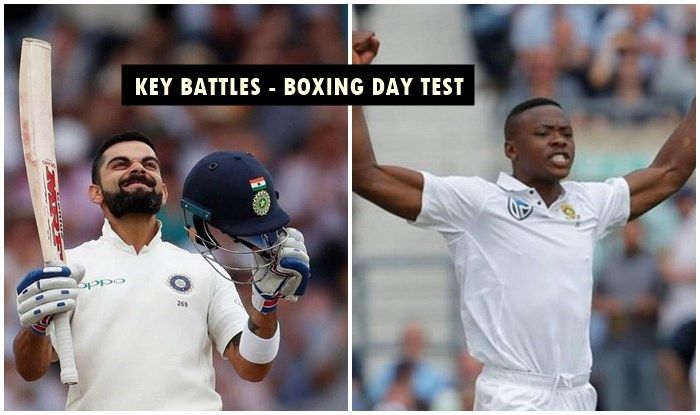 Centurion: We are days away from the start of the much-awaited Boxing Day Test between India and South Africa at Centurion. While it would be interesting to see the line-ups for the opening Test, there are a few match-ups fans would be eagerly waiting to watch. Despite the absence of Rohit Sharma and Anrich Nortke, both sides still have stars that would woo the fans.Also Read – Virat Kohli, Sourav Ganguly Need to Talk Face-to-Face: Ex-Pakistan Star Shahid Afridi on India ODI Captaincy Row

Here are a few key battles that could light up the series: Also Read – Could Virat Kohli’s BOLD Move Against BCCI Ahead of South Africa Tour Cost Him His Test Captaincy?

Kohli vs Rabada: Among all the other battles that would unfold at Centurion, this contest would be the most anticipated one, surely. If Kohli is arguably the best batter in the world, Rabada is among the top bowlers in cricket now. Rabada has got Kohli out on seven occasions in the past and he would have the edge over the India captain at the start. Also Read – India’s Predicted Playing XI For 1st Test vs South Africa: In Rohit Sharma’s Absence; Mayank Agarwal Likely to Open With KL Rahul For Boxing Day Test at Centurion

Ashwin vs de Kock: The veteran spinner has improved as an overseas bowler over the past two seasons and South Africa would be his real test. His contest against the left-handed Quinton de Kock is going to be one to watch out for also because of the authority Ashwin has over southpaws. He has dismissed de Kock nine times.

Rahul vs Ngidi: In South African conditions, Lungi Ngidi can pose a threat to the in-form Indian opener. Rahul would have to be cautious against the moving ball of Ngidi. Ngidi has dismissed Rahul three times.

Markram vs Bumrah: The Indian pacer would look to make early inroads and Aiden Markram would be one wicket he would eye. Markram doesn’t have a good record against India and his stats and Bumrah has dismissed him three times.