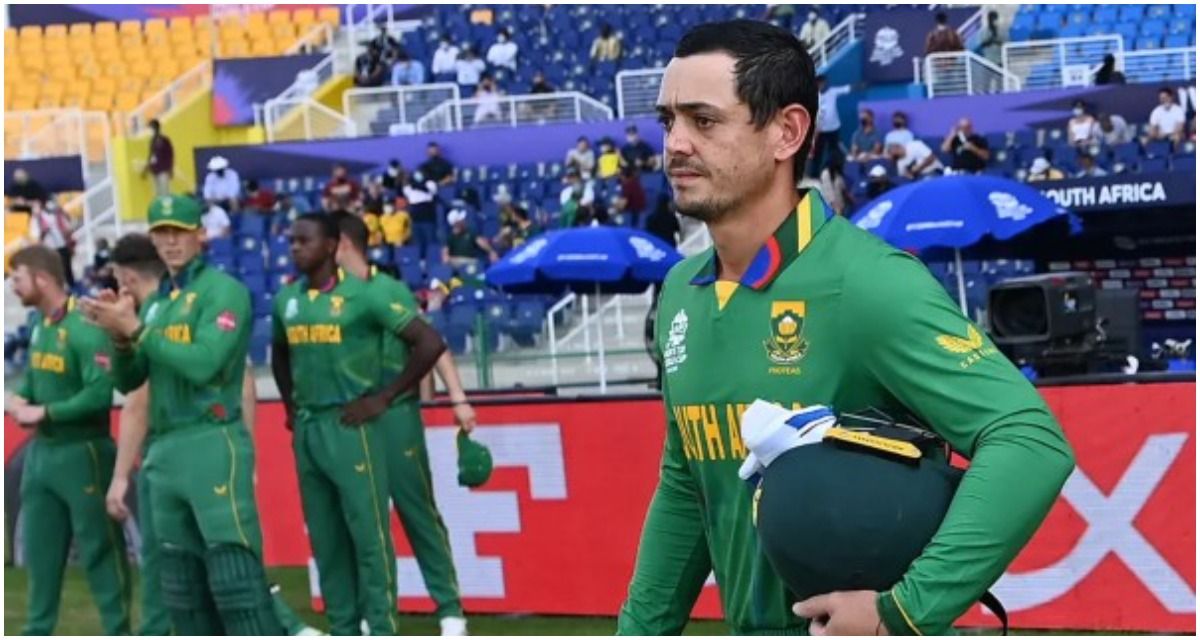 Johannesburg, Dec 13: South Africa’s wicketkeeper-batsman, Quinton de Kock is all set to miss the third Test of the upcoming 3-match series against India due to the birth of his first child. His wife is expected to give birth in early January.Also Read – India ODI Captain, Rohit Sharma Stresses on Strong Bond Between Players as the Mantra For Success

An per report of ESPNcricinfo on Monday it has been learned that Sasha, the wicket-keeper batsman’s wife is expected to give birth in January. Given the bio-bubble restrictions the teams are in, the former MI cricketer could miss the second Test as well. Also Read – Ravindra Jadeja Is Preferred Over Ravichandran Ashwin In Overseas Tests Over This Reason; Explains Pragyan Ojha

“Quinton de Kock is likely to miss the Second Test and Third Test match against India because as he is waiting for the birth of his first child.” – According to ESPNcricinfo

Quinton de Kock set to miss the 3rd Test of #INDvSA series as he awaits the birth of his first child.
(Via – ESPNcricinfo)

South Africa are due to host India in a three-match Test series beginning December 26 at Centurion.

The second Test is scheduled to start on January 3 in Johannesburg, while the final match is slated for a January 11 start in Cape Town.

The teams will then play three one-day internationals.

De Kock last featured for South Africa at the T20 World Cup in the UAE, where he pulled out of their second group game following a Cricket South Africa (CSA) directive to take a knee in support of the ‘Black Lives Matter’ movement.