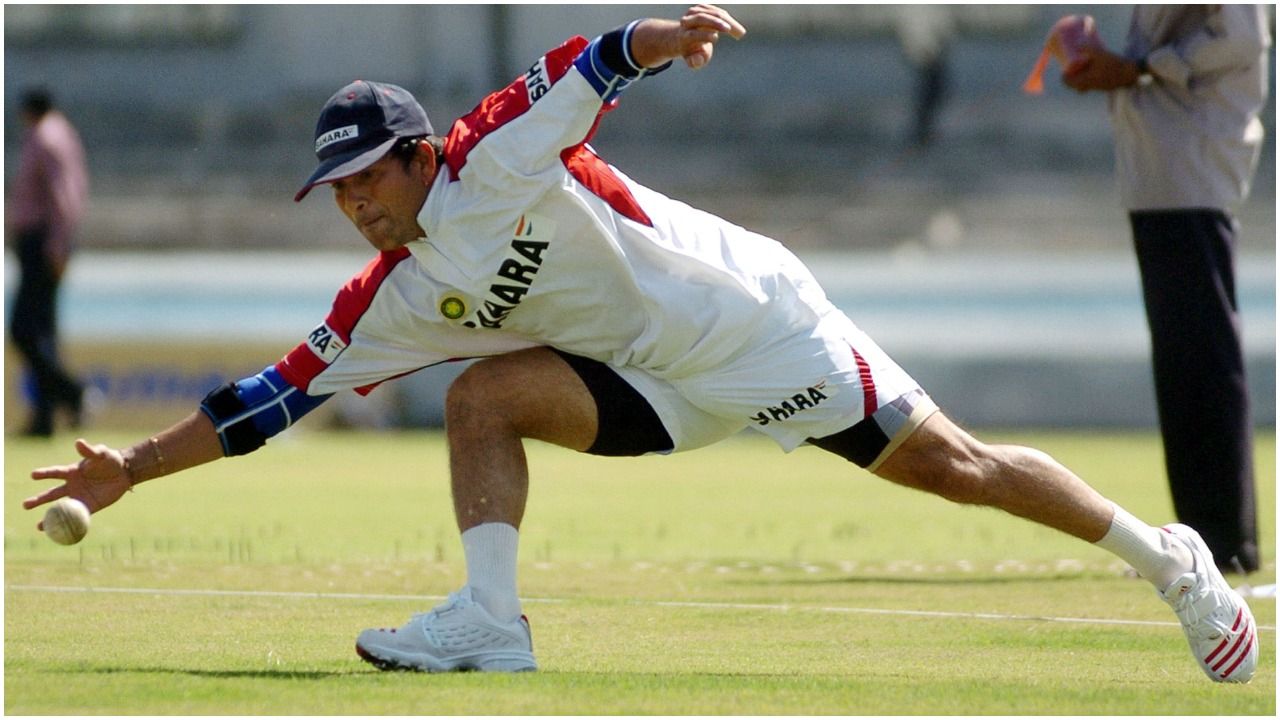 New Delhi: Master Blaster Sachin Tendulkar is a name that needs no introduction. The exceptional batting on the field and calm demeanor off the field made Tendulkar a household name. Although the great player hung up his boots in 2013, his innings are still fresh in the minds of fans irrespective of the era they were played in.Also Read – Bipin Rawat Dies in Chopper Crash: Virat Kohli, Sachin Tendulkar, Mary Kom Lead Sports Fraternity Tributes For Chief of Defence Staff And 12 Other Martyrs

Tendulkar was not just an exceptional batter but also one of the most underrated fielders of modern times. There were several other fielders who were immaculate fielders like Jonty Rhodes, Robin Singh, Mohammed Azharuddin during Tendulkar’s era. Tendulkar’s fielding ability was always overshadowed by his flawless batting. Also Read – Video: Sara Tendulkar Makes Modelling Debut, Internet Says ‘Awesome’

Recently, on the microblogging, social media website Twitter, a set of videos went viral where Tendulkar can be seen taking some mindboggling catches. Twitter user Rob Moody who goes by the Twitter handle @robelinda shared these videos of legendary videos. Here are the 5 videos which are evidence of Tendulkar’s prowess as a fielder. Also Read – Guess Who Took Sachin Tendulkar’s Daughter Sara Tendulkar on a Date?

The first video features young Tendulkar running from long-off to take a scintillating one-handed catch against England. The catch was of the highest quality as he caught the ball at mid-on while the ball kept dying on him.

The above catch was taken in the high octane one-day match against arch-rival Pakistan. Pakistan captain at that time, Inzamam-ul-Haq struck the ball perfectly only to find Tendulkar at the boundary. It is arguably one of the most high-pressure catches of all time executed cleanly by Tendulkar.

This catch went miles up in the air before Tendulkar took another blinder running from the long-off boundary. Windies batter Simmons was looking to up the run rate but Tendulkar “The fielder” has other ideas.

Tendulkar, who was captaining India in the series, caught this unbelievable catch against Australia. Former India Spinner Anil Kumble bowled a full toss which resulted in the Aussie batter hitting the ball in the air. Tendulkar, who kept his eyes on the ball, completed the catch successfully.

In the commentary, Sanjay Manjrekar claimed that if there is one fielder who can be trusted about taking a catch, that is Sachin Tendulkar. This is the legacy the batting maestro has left behind.