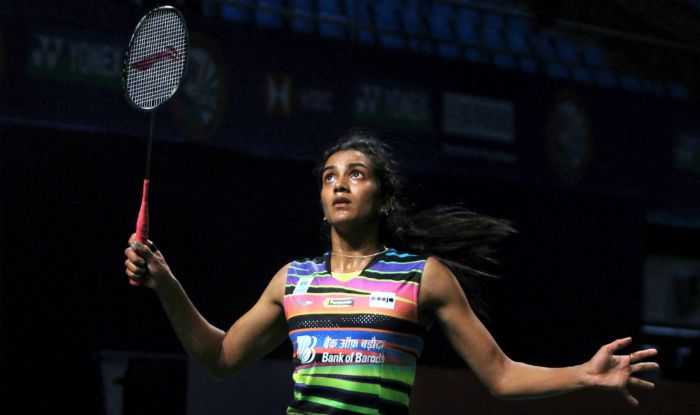 Sindhu, who won a bronze in the Tokyo Olympics, has been seeded sixth in the December 12-19 showpiece event. Also Read – PV Sindhu Loses in Semifinals of Indonesia Open

The world number seven Indian has seen a resurgence in form as she had reached semifinals in the last three tournaments she had played. Also Read – Indonesia Open: PV Sindhu Beats Sim Yujin, Sets up Semifinal Clash Against Intanon

Sindhu faces the winner of Martina Repiska of Slovenia and Ruselli Hartawan of Indonesia in the second round. If she clears the third round, Chinese Taipei’s Tai Tzu, who had beaten her in the Tokyo Olympics semifinals, will be awaiting her in the quarterfinals.

If she Sindhu gets past Chinese Taipei’s Tai Tzu, she could be up against Marin who had beaten her in the 2016 Rio Olympics summit clash.

Marin returns from injury straight into the World Championships and she will be playing in an arena named after her.

Tai Tzu has also taken sufficient rest as she hasn’t played since winning silver at Tokyo 2020.

The other half of the women’s singles has two players — Akane Yamaguchi of Japan and An Seyoung of Korea — who have swept the prominent World Tour titles since the Olympics.

Nozomi Okuhara of Japan whom Sindhu had beaten in the 2019 final is also in the other half of the draw.

Tokyo Olympics champion Chen Yu Fei of China is not taking part like many other players from her country.

In men’s singles, Kidambi Srikanth, seeded 12th, will open his campaign against local player Pablo Abian and has the prospect of facing compatriot B Sai Praneeth (seeded 14th) in the quarterfinals, if both are able to reach that stage.

Defending champion and top seed Kento Momota of Japan could be the man waiting for the Indians in the semifinals.

Young Lakshya Sen has also been drawn in the same half as his two senior compatriots and faces Max Weisskirchen of Germany in the opening round. He can be up against Momota in the quarterfinals if the Indian reaches there.

In the men’s doubles, Satwiksairaj Rankireddy and Chirag Shetty have been seeded eighth and handed a first round bye. Three other Indian pairs — Manu Attri and B Sumeeth Reddy, MR Arjun and Dhruv Kapila, and Arun George and Sanyam Shukla are also in the fray.

In women’s doubles, the pair of Ashwini Ponnappa and N Sikki Reddy will face the French duo of Delphine Delrue and Lea Palermo in the first round.

Two other Indian pairs — Pooja Dandu and Sanjana Santosh, and Maneesha K and Rutaparna Panda — are also in the fray.

In mixed doubles, three Indian pairs — Saurabh Sharma and Anoushka Parikh, MR Arjun and Maneesha K and Utkarsh Arora and Karishma Wadkar — are in the fray.