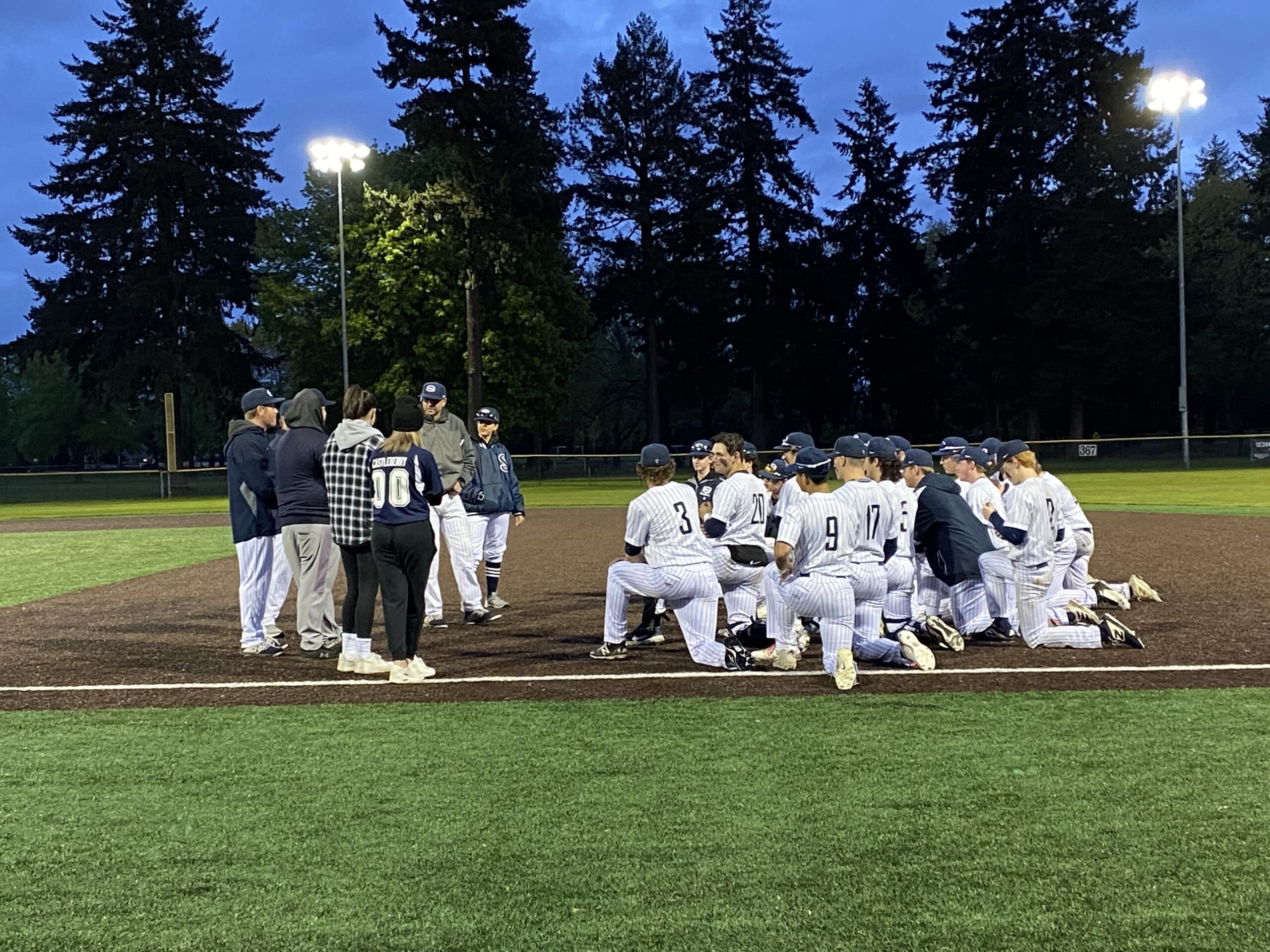 For the Skyview Storm, their league finale felt like a playoff sport.

And why not given the win-or-go-home playoff berth at stake Monday at Propstra Stadium.

So was Skyview’s 2-0 shutout of Camas to clinch the 4A Greater St. Helens League’s remaining playoff spot the Storm’s finest efficiency of the 12 months?

“Yes,” senior catcher Tyler Howard stated, “but we’re not done. We’re going to have a lot more performances like this.”

And the Storm are hopeful which means a protracted playoff run, too. Skyview (12-7) earned the league’s third playoff spot to finalize the 4A GSHL’s playoff berths. Camas (13-6) clinched the 4A Greater St. Helens League title final week throughout its three-game sweep of Union, and is the league’s No. 1. It hosts both Curtis or Sumner at 3 p.m. Saturday to open bi-districts. Battle Ground and Skyview, the Nos. 2 and three seeds respectively, additionally play Saturday in loser-out bi-district video games.

Monday, Tyler Davis threw six-plus innings of three-hit baseball and Seth Minor drove in each of the Storm’s early runs behind two extra-base hits for a 2-0 lead. Brendan Bowyer pitched a scoreless seventh inning in aid, putting out Camas’ Chase Howington with runners on the corners to protect the win.

Minor stated Skyview’s adrenaline was excessive given its backs in opposition to the wall, and the Storm’s efficiency mirrored that.

“It comes from us knowing that we have a lot of confidence in ourselves,” the outfielder stated. “Overall, our chemistry on the team is really tight-knit and that’s what really drives us. We wanted to go to the playoffs and this game was a statement game for us.”

Monday’s sport between Camas and Skyview was a make-up sport from April 21. That sport was postponed after Skyview alleged Camas junior-varsity gamers used racist language on the groups’ JV contest April 20 at Camas High School. Per week-long investigation concluded final week with Camas telling Skyview that whereas it didn’t confirm all allegations, it did acknowledge JV gamers engaged in “racial microaggressions” on the April 20 JV sport.

In a letter to Skyview, Camas officers apologized and stated it deliberate to “restore relationships and build a path forward.”

That path ahead started Monday. During the pregame assembly at residence plate, workforce captains from Camas and Skyview got here collectively to shake fingers and acknowledged therapeutic and sportsmanship.

The gesture was a mutual determination by each faculties.

“We understand mistakes happen,” Minor stated, “but we wanted both teams to show respect for each other.”

Howard and Minor accounted for 4 of Skyview’s six hits, and Minor’s RBIs within the first and third innings gave Davis an early cushion in a swift 1-hour, 20-minute sport. One week in the past, he threw a complete-game 4 hitter in a 4-1 win over Battle Ground, and having early run help is one thing he’s had all season as Skyview appears towards the playoffs.

“That feels great,” Davis stated. “It helps get your confidence up. It’s huge.”

Tyler Stewart went 2 for 3 to steer the Papermakers.