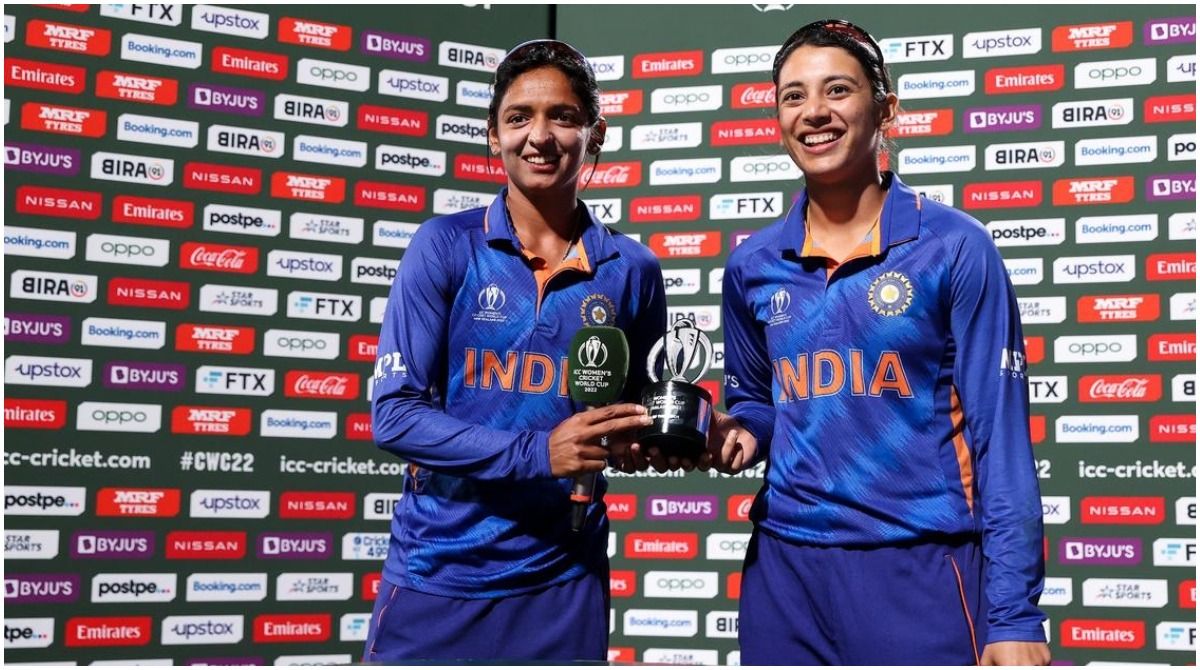 While Smriti hit 123 runs in 119 balls, Harmanpreet slammed 109 in 107 balls. The duo was also involved in a 184-run partnership, rescuing India from 78/3 to posting 317/8 in 50 overs, their best-ever total in the history of World Cup and highest total of the ongoing edition of the tournament. Also Read – IN-W vs WI-W: India Beat West Indies by Huge 155 Runs in ICC Women’s WC

In the post-match presentation ceremony, one was curious over Smriti and Harmanpreet standing together in front of the Player of the Match trophy. Smriti, adjudged by the commentators to be Player of the Match, then revealed about her decision to share the award with fellow centurion Harmanpreet in an excellent gesture. Also Read – CWC 22: Harmanpreet Kaur Slams Hundred Against West Indies; Becomes Only Indian Women’s Batter With 3 World Cup Centuries

“I think scoring a century and not being a Player of the Match is something I really wouldn’t want as a player. I think we both contributed equally for us to score 300. So, I think it’s good for us to share the trophy and I think both are good enough contenders to get it,” said Smriti.

Asked about the difference in approach from matches against New Zealand and West Indies, Harmanpreet explained, “The set batter was there today, and in last game against New Zealand that was missing to support me from the other end. I was very confident about my batting as I was getting back my rhythm. We knew once we are settled, we can get the boundary and we were able to do that.”

“We learnt from our mistakes and that’s something we thought we are not gonna repeat it. As batters, we both prefer chasing and setting the target both together. Last game we didn’t get going and in chasing it’s very important to get the momentum.”

Smriti replied in the affirmative to Harmanpreet’s reply. “Our strengths are really different because she is really good with spin and I like pace on the ball. So when the spinner comes on I give her the strike and when the pacer comes on she gives me the strike.”

When quizzed about who would take the trophy after the end of the ceremony, Harmanpreet said, “I would love to give it to her because she scored more than me and she deserves that.”

Smriti said with a smile on her face, “I’m sure ICC will be giving another trophy and I’m sure they have enough budget to do that.”

India, now on top of the table with a net run rate of plus-1.333, will now face defending champions England in a re-match of the 2017 World Cup final at Bay Oval in Mount Maunganui, Tauranga on Wednesday.