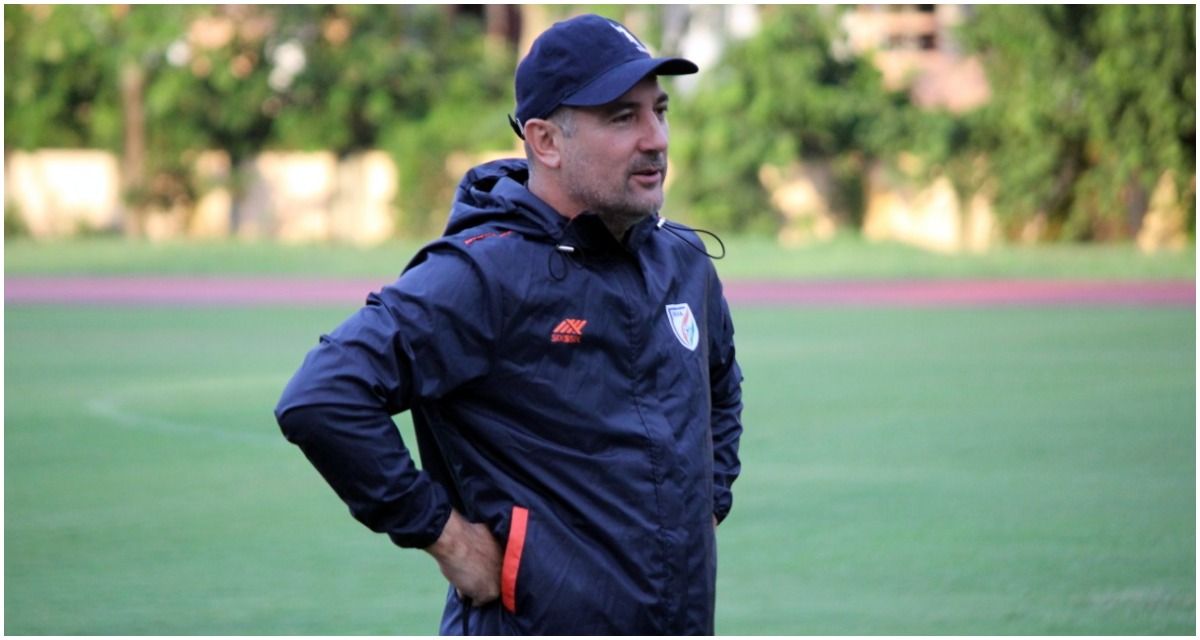 New Delhi, March 14: The head coach of the Indian senior men’s football team, Igor Stimac has said that he plans to give chances to as many newcomers as possible in the run-up to the final qualifiers for the AFC Men’s Asian Cup 2023.Also Read – India Concede Late Penalty to Lose 0-1 to UAE in U-23 Asian Cup Qualifiers

India are scheduled to play Bahrain on March 23 and Belarus on March 26 and the players are currently in a camp at Pune, preparing for the two international friendlies. Also Read – Asian Cup Qualifiers: India Will Succeed Only if We Prepare From Now, Says Igor Stimac

Stimac has picked a few newcomers like midfielder VP Suhair, who scored four goals in the ISL 2021-22; Jerry Mawihmingthanga, who had earlier been a part of the India U23 squad; defender Roshan who has caught everyone’s eyes with his inch-perfect crosses and stabbing tackles; central defender Anwar Ali, who was part of the U-17 FIFA World Cup campaign in 2017 and midfielder Danish Farooq, who scored three goals in the ISL 2021-22 edition. Also Read – India Blank Nepal 3-0, Win SAAF Championship For 8th Time; Sunil Chhetri Equals Lionel Messi With 80 Goals

And the manager said he is going to give some game time to all of them and also test as many newcomers as possible in the buildup to the AFC Asian Cup qualifiers in June.

“I am planning to give a chance to as many newcomers as possible before the Asian Cup qualifiers — looking to have a closer look at some new faces,” Stimac said, adding that he would like to see how the players perform at the international stage.

He said at times the players do very well in ISL and look great prospects but are not able to perform well at the international stage. So, he wants to test as many new faces as possible before the qualifiers in June.

Stimac said they are trying to arrange more friendly matches ahead of the Asian Cup qualifiers, adding they could have as many as four friendlies.

Asked how does he rate India’s chances of qualifying for the Asian Cup 2023 through the qualifiers in Kolkata in June, Stimac said they had good chances of clinching the berth. “I think we have good chances. We are favourites in the qualifiers, we are hosting the matches but we have to earn it on the pitch. There are three teams that are there competing for the spot too. So, we have to play out best and get the berth,” the India coach said.

Goalkeeper Gurpreet Singh Sandhu said the Indian goalies may not have had a great time in the ISL, but he was confident that they are doing their best along with their coaches and support staff to get back into form.

With India set to play these friendlies without the senior player and former captain Sunil Chhetri, Gurpreet said it was a challenge for other players. “We have played without him earlier also and in these two friendlies, we have to do our best without him. He is a great player, with a lot of experience and brings a lot to the team, but we can’t be dependent only on one player,” he added.