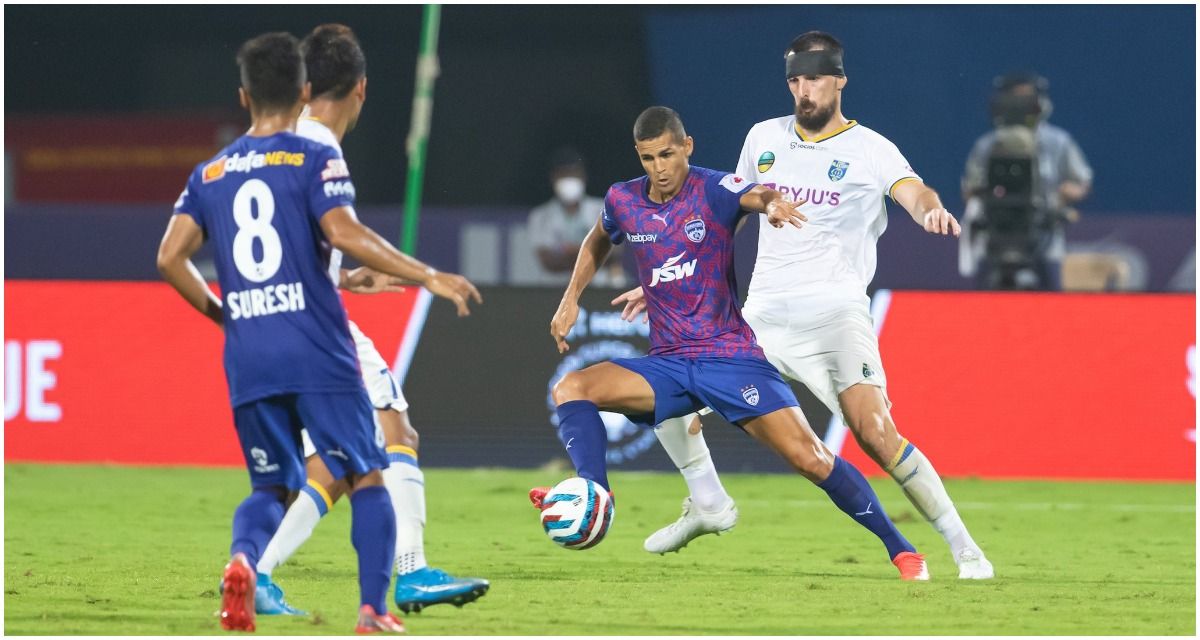 Bambolim: India captain Sunil Chhetri is yet to score a goal in six matches in the ongoing Indian Super League but his Bengaluru FC head coach Marco Pezzaiouli is not unduly worried about the talisman’s form, saying “he is also a human being”. Pezzaiouli conceded that “it’s hard times” for Chhetri but said he has the support of the team.Also Read – Sunil Chhetri Breaks Pele’s Record, Becomes Joint-Sixth in List of Most International Goals

“He (Chhetri) is a human being. Sometimes you don’t have luck going for you. With the national team, he had a lot of luck as the ball fell to him many times and he scored five goals,” Pezzaiouli said after Bengaluru lost 1-2 to FC Goa on Saturday night. Also Read – India Football Captain Sunil Chhetri’s Funny Acceptance Speech at GQ Awards Will Leave You in Splits — WATCH

“In this hard time, he has the support of the team and also how he worked for the team was good. He needs more luck inside the box. It happens when you don’t work but with him he is working and it will come back.” Also Read – Virat Kohli’s Message For Sunil Chhetri-Led Blue Tigers After Winning Intercontinental Cup 2018 is Extremely Motivating

Chhetri, who needs just two strikes to become ISL’s all-time highest goal-scorer, has missed two penalties this season. He also missed a golden chance against FC Goa on Saturday as he blazed over from close range in the 18th minute.

“Today he had a great chance and if he scores it’s 1-1. Normally he would score that with his eyes closed,” said Pezzaiuoli of Chhetri who played his 100th ISL match on Saturday.

Asked if it’s possible to look beyond Chhetri when it comes to selecting the playing XI, the head coach said, “I don’t think we should be talking a lot about Sunil. I don’t pick one player out. We lost today as a team and that I feel is the important part.”

Bengaluru FC have lost four out of their six matches they have played so far. They are currently at 10th spot out of 11 teams.

Asked how difficult it would be for his team to make the top four, Pezzaiuoli said, “I think let’s take small steps first. We missed two penalties. We lost some points there. Now we make stupid mistakes despite the numerical advantage. This costs points in the end.

“But I still believe how we play and how we try to win the game. I see that we are getting better and better. This is a new team with new players and they need to find the chemistry.”