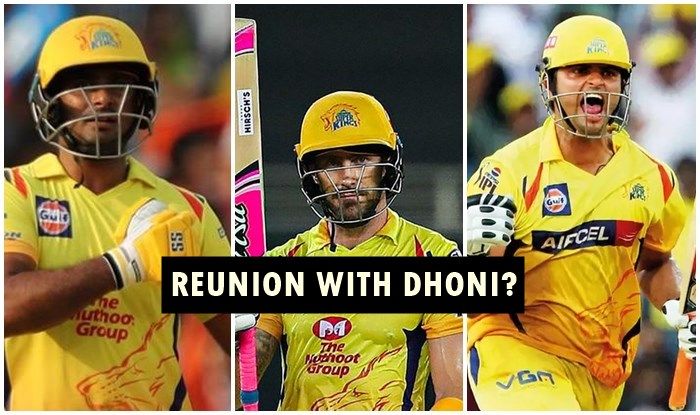 Chennai: The Chennai Super Kings franchise had to make a few tough decisions at the retention as teams were allowed to hold back only four players. While they retained MS Dhoni, Ravindra Jadeja, Ruturaj Gaikwad, and Moeen Ali. They were bang-on with their choices, but that meant – they had to release big names.Also Read – Not MS Dhoni; David Warner Names James Anderson as Inspiration When it Comes to Longevity

Now, with the mega auction coming up – they would like to get back a few players for sure. And why shouldn’t they? They are the defending champions… Also Read – IND vs SA: Rishabh Pant Goes Past MS Dhoni and Wriddhiman Saha, Becomes Fastest to Record 100 Dismissals in Tests

Here are the ex-CSK stars who would like to reunite with MS Dhoni: Also Read – Harbhajan Singh Points Difference Between MS Dhoni, Virat Kohli as Test Captains

Suresh Raina: He is known as Mr. IPL for a reason. He has won innumerable games in yellow and has immense experience – which is irreplaceable. The CSK management would surely stake a claim for Raina at the auction. Recently, another ex-CSK player Robin Uthappa also reckoned the Chennai franchise would go for Raina.

Ambati Rayudu: The middle-order batter has been a very important member in yellow. Unfortunately, he had to be released at the retention because of many factors. Rayudu has openly expressed his desire to play for CSK. The loyal ex-CSK man could very well get a bid from the yellow army at the auction.