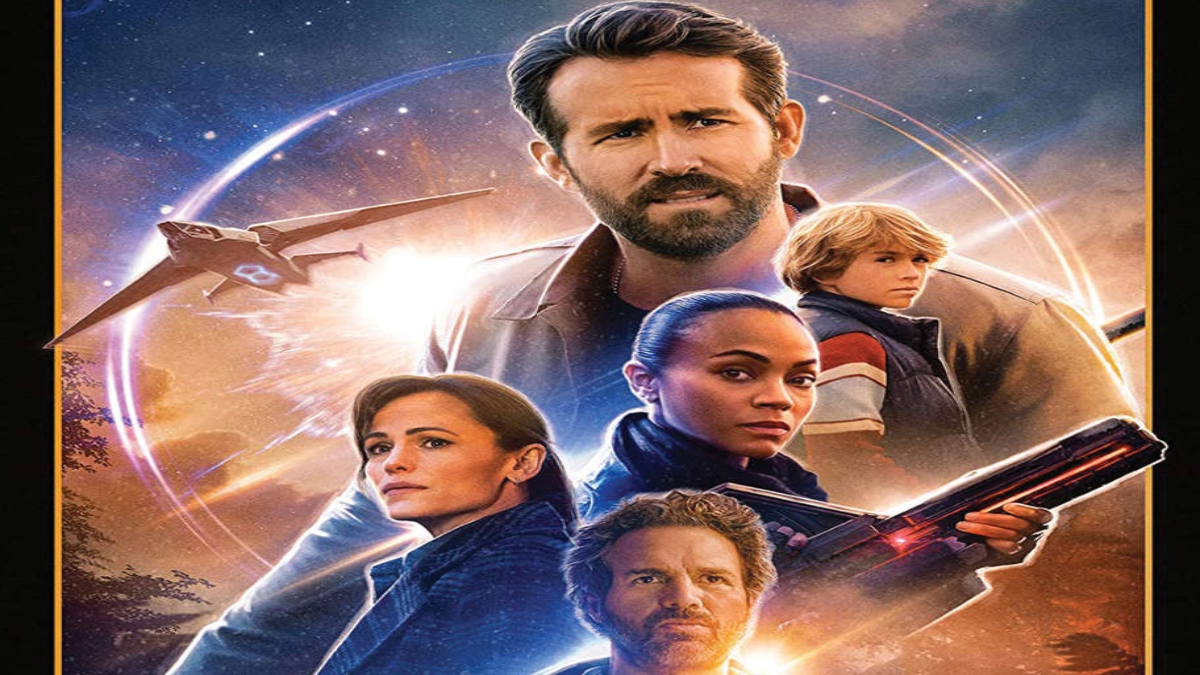 We all have grown up watching summer blockbuster films from Hollywood. As far as I am concerned, ‘Jurassic Park’ and ‘Terminator 2: Judgment Day’ are two films which best define the summer blockbuster experience. The Adam Project is the latest in the long line of such films from Hollywood. Now, it’s worth mentioning that in recent years superhero films have stolen the spot from the traditional summer blockbuster films. Interestingly, the production on ‘The Adam Project’ first began in 2012 and it does make sense, for in recent years owing to the growing popularity of superhero films we haven’t been witnessing such old-school mass entertainers as frequently as we used to. Initially, Tom Cruise was attached to ‘The Adam Project’ but the film then fell into development hell until Netflix acquired the distribution rights from Paramount Pictures about eight years later. Filming finally commenced in November 2020 and it got completed in March 2021. Almost a decade in the making, ‘The Adam Project’ is finally out on Netflix.

‘The Adam Project’ stars Ryan Reynolds (who also serves as a producer), Mark Ruffalo, Jennifer Garner, Walker Scobell, Catherine Keener, and Zoe Saldana. The film is directed by the Canadian film director Shawn Levy whose directorial credits include Night at the Museum series, Real Steel, Big Fat Liar, Cheaper by the Dozen, and Free Guy, among others. The screenplay of ‘The Adam Project’ is co-written by Jonathan Tropper, T.S. Nowlin, Jennifer Flackett, and Mark Levin.

The story revolves around a 13-year-old boy named Adam Reed (brilliantly essayed by Walker Scobell) who is still grieving the sudden death of his father a year earlier. One night he walks into his garage and finds a wounded pilot hiding there. Now, this mysterious pilot is none other than the older version of Adam who has come from the future wherein time travel is possible but it is still in its early days. We learn that the older Adam has risked everything to come back in time on a secret mission. Together both of them must embark on an adventure into the past to find their father, set things right, and save the world. Working together, both the young and the grown-up Adam come to terms with the loss of their father (essayed by Mark Ruffalo) and have a chance to redeem themselves by healing the wounds that have shaped them. What makes the things a little more interesting is that during the mission the two Adams realize they really don’t like each other very much. So, if they really want to succeed in saving the world, they are first going to have to figure out how to get along.

As evident from the storyline, ‘The Adam Project’ is a throwaway to countless other films from the ‘80s and the ‘90s inspired by the idea of saving the world from those trying to destroy or change it for the worse through the use of some new technology. Here we have a villainess by the name of Maya Sorian (essayed by Catherine Keener) whose lust for power knows no bounds. She will stop at nothing to unleash her evil designs. Keener, who has played many short but memorable roles in various indie films, seems to embrace the dark side really well. But what hurts a little is that Catherine plays Maya as if she herself hates her. Having said that, I feel it is also important to understand that essaying the part of a megalomaniac in a film like this does have its limitations.

Also, for an actor of her class and pedigree, Jennifer Garner is totally wasted in the film. As young Adam’s mother, she looks very believable but unfortunately, she gets very little screen time. Mark Ruffalo is such a good actor and so it’s always a little heartbreaking to see him play characters that don’t do justice to his prodigious acting talents. As for Zoe Saldana, she succeeds in leaving a solid impression in a relatively short screen time. She looks seriously good in the action scenes. Speaking of Ryan Reynolds, he is his usual self for the most part and that doesn’t necessarily mean a bad thing for a star like him. For, he is loved by millions for doing just that. I, for one, would certainly love to see him try out different things more often.

Despite the clichés, ‘The Adam Project’ can be a fun movie to watch on a Sunday afternoon with the family, especially for those looking for some nostalgia. A film like this would have been ideal for the big screen viewing during the summers but you can still watch it on the biggest screen possible from the comfort of your home.

The post ﻿‘THE ADAM PROJECT’ IS A FUN-FILLED, ALBEIT CLICHÉD TRIP BACK TO THE ’80S AND THE ’90S appeared first on The Daily Guardian.