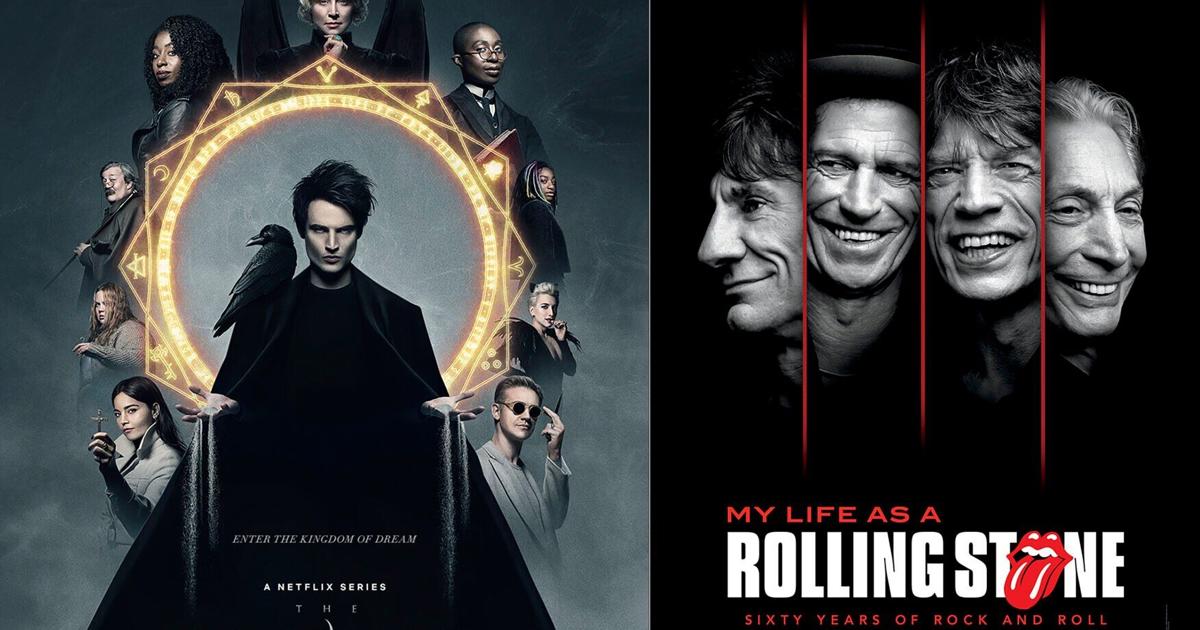 Here’s a collection curated by The Associated Press’ entertainment journalists of what’s arriving on TV, streaming services and music platforms this week.

— Ron Howard is a master at the ripped-from-the-headlines drama and this time takes on the riveting story of the 2018 rescue of a boys’ soccer team from the Tham Luang cave in the new film “Thirteen Lives,” coming to Prime Video on Friday, Aug. 5. Colin Farrell and Viggo Mortensen play the English cave divers who travel to Thailand to help with the impossible rescue mission. The film takes care to present a holistic picture of all the disparate components that came together to make the rescue successful, including the help of the Thai Navy Seals, cave and water experts and nearby farmers. As in “Apollo 13,” it hardly matters that we already know the ending: Howard makes it a suspenseful, thrilling ride.

— Rebecca Hall plays a single mother to a teenage daughter whose busy life is upended when a figure from her past, played by Tim Roth, returns in “Resurrection” carrying with him the “horrors of her past.” The film from writer-director Andrew Seman made a splash at the Sundance Film Festival earlier this year and will be available to rent on Friday, Aug. 5, from IFC. As with Hall’s unsettling turn in the “The Night House,” her performance in this diabolical psychological thriller promises to burrow deep in your psyche.

— Rising country star Travis Denning has a six-song EP that shows off a lot of his style. “Might As Well Be Me” includes the sweetly rocking song “Buy a Girl a Drink,” the ballad “She’s On It” and the playful “Don’t Give a Truck.” A native of Warner Robins, Georgia, Denning celebrated his first No. 1 single with “After A Few” and first made waves with the release of his Top 40 debut single “David Ashley Parker From Powder Springs.” He’s currently out on the road this summer with Dierks Bentley, and will join Jake Owen on tour this fall.

— T Bone Burnett is back for the second installment of his The Invisible Light project, which is a fusion of trance, electronic, folk, tribal and global music. The trilogy’s first installment, “The Invisible Light: Acoustic Space,” was released in 2019 and now it’s time for “The Invisible Light: Spells,” out Friday, Aug. 5. Burnett has once again teamed up with Jay Bellerose and Keefus Ciancia. Singles from the nine-track album include the utterly weird, spoken-word “Realities.com” and the captivating, driving “I’m Starting a New Life.”

— Straight out of San Diego’s Comic-Con, here comes “The Sandman.” Neil Gaiman, who wrote the acclaimed series of graphic novels published by DC Comics, developed and is executive producer for the 10-episode series debuting Friday, Aug. 5 on Netflix. Tom Sturridge plays the title character, who’s dream-control central for everyone until he’s captured and imprisoned for a century and then some. His mission: to travel across worlds and time to repair the damage caused by falling down on the job. The sprawling and eclectic cast includes Boyd Holbrook, Patton Oswalt, Jenna Coleman, David Thewlis, Stephen Fry, Asim Chaudhry, Sanjeev Bhaskar and Joely Richardson.

— As the title suggests, the four-part docuseries “My Life as a Rolling Stone” takes an individual approach to band members Mick Jagger, Keith Richards, Ronnie Wood and the late Charlie Watts. Each is the subject of an hourlong film that relies on new and archive interviews and previously unseen footage to create “intimate” portraits of the artists. The films also trace how they came together to create a timeless body of work. The chapter on Watts, who died in August 2021 at age 80, includes tributes from his fellow band members and peers. The series debuts 9 p.m. EDT Sunday, Aug. 6, on the Epix channel with Jagger’s story and continues on Sundays through Aug. 28.

100 best action movies of all time

100 best action movies of all time