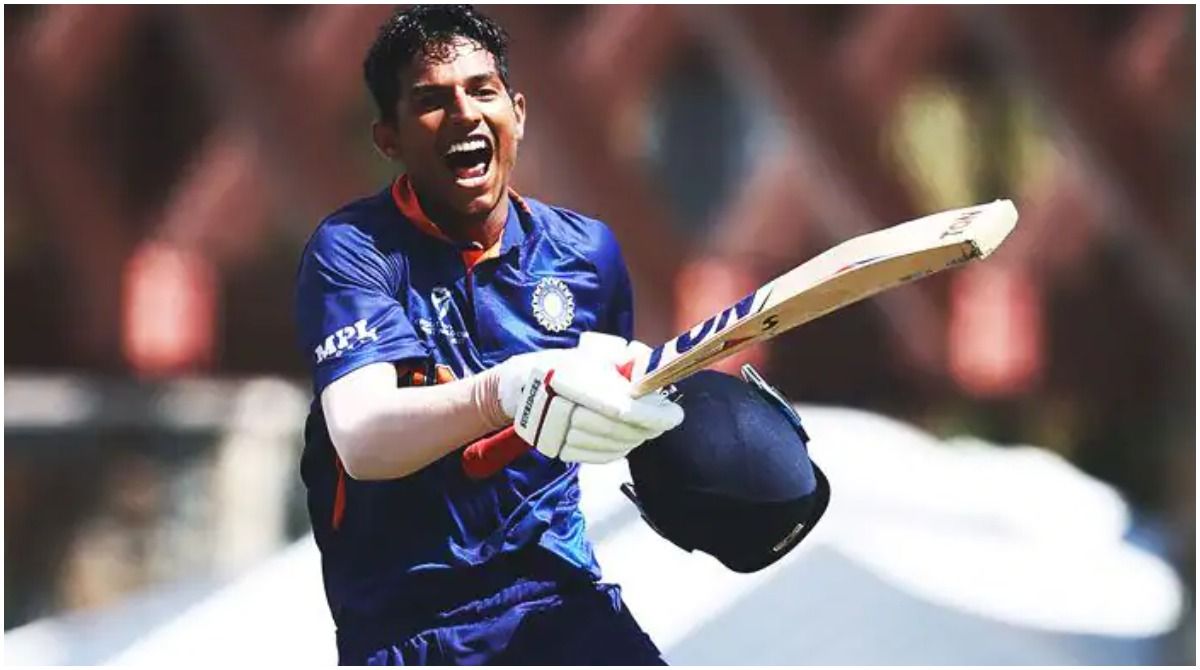 New Delhi: Yash Dhull has lost count of the number of flights he has taken in the past 48 hours. He had spent the previous day in Ahmedabad where the entire team was felicitated following a tiring journey in which the squad had to take as many as four flights to reach India from the Caribbean.Also Read – WATCH: Virat Kohli Leaves Fans Drooling Over His Funny Walk in India vs West Indies 2nd ODI, Video Goes VIRAL

Having lived out of suitcase for the past two months, which could potentially be life-changing, when Dhull finally met his parents, it was just a mere 30 minutes of reunion for the sleep-deprived captain of the World Cup winning India U-19 team. Also Read – India vs West Indies: U-19 World Cup Winning Indian Team Attend 2nd ODI in Ahmedabad

Dhull arrived in Delhi early morning and went straight to his alma mater Bal Bhavan in West Delhi to meet the people who played a big role in him becoming the cricketer he has become. Also Read – IND vs WI | KL Rahul: India’s Middle-Order Mr. Dependable in ODIs

Two hours later, he had a flight to catch and next destination was Guwahati, where he is set to make his Ranji debut for Delhi next week. So between the school visit and ride back to the airport, Dhull got just enough time to go home for a shower.

He has no time to rest as the real journey into the men’s world started with the flight that he took to Guwahati to join the Delhi Ranji Trophy squad.

Having hardly slept since lifting that trophy in Antigua last week, Dhull has no complaints though. He knows it is only the start of his life as a professional cricketer.

“I have hardly slept the last few days but it is not something I can complain about. What I have done till now is done, I need to focus on what lies in the immediate future,” Dhull told PTI referring to his Ranji Trophy call-up.

Most of the World Cup winning squad members won’t go on and play for India but Dhull showed in the Caribbean that he could move up the ladder and play at the highest level. He has set himself an 18-month target to play for India.

“That is my target but If I am not able to do that in the 18 month time frame, I will keep working hard till I attain my goal,” said the soft-spoken cricketer.

The 19-year-old is third captain from Delhi to win the title after Virat Kohli and Unmukt Chand, who both had contrasting career graphs post their exploits in the U-19 Word Cup.

He is inspired by Kohli and his achievements but there is also the story of Chand, who succumbed to pressure of expectations he set with his performance in the 2012 edition.

Does Dhull have fear of failure after a high he just experienced in the Caribbean?

“The names you have taken (Kohli and Chand), I am not thinking on those lines. I want to remain humble and not think about the future too much.

“Virat bhai shared his experience with me on what happened with him post the U19 World Cup (in 2008).

“I got to know a lot from approaching my career from here on, the chat with him has helped me understand things I need to focus on going forward and things I need to avoid,” he said referring to the conversation with Kohli on the eve of the World Cup final on Saturday.

Kohli had already played first-class cricket before he captained India to the World Cup title 14 years ago but Dhull has not even played red ball cricket at U-19 level as he was selected for the white ball assignments.

The switch from U-19 to first-class is a big one but Dhull believes it is something he can handle.

“I will have to change my mindset for the red ball game, preparation will be different. I don’t think it will be a lot different and tougher than white ball. The red ball does a bit early on but and if you can see that initial period batting becomes easier.

“It is all about the mindset from here on. Physically how fit you are. It is not one specific area, I will have to work on all my shots to become a better player,” said Dhull when asked about areas of improvement.

The skipper impressed many with his range of strokes, strike rotation and the tempo of his innings in the Caribbean where he overcame COVID-19 to take his team past the finishing line.

The highlight of his campaign was the hundred against Australia in the semifinal when he produced a sublime knock under pressure.

He had just about managed to play the quarters after missing two league games along with his deputy Shaik Rasheed due to the infection.

It was frustrating for Dhull in the seven-day isolation period but wise words from NCA head VVS Laxman helped him maintain focus. He just had a day of nets before the quarterfinal but it was enough for him.

“The first two days were tough especially.. But after that I started training in the room for the games to come. Mentally, I was prepared already . I had trained myself for this event for the last few years.

“If you don’t practice for a week, you won’t forget you game. I had confidence in my game and my abilities.”

Short on time on all fronts, Dhull and his parents have not had the time to think about what they plan to do with Rs 40 lakh cash reward given by the BCCI.

“By the grace of god, we already have enough to lead a normal life. Yash has his own back account and the money will go into that. We will figure out soon what do with it but we first we would like to spend some time with him,” said his father Vijay Dhull, who was also present at the school function here.