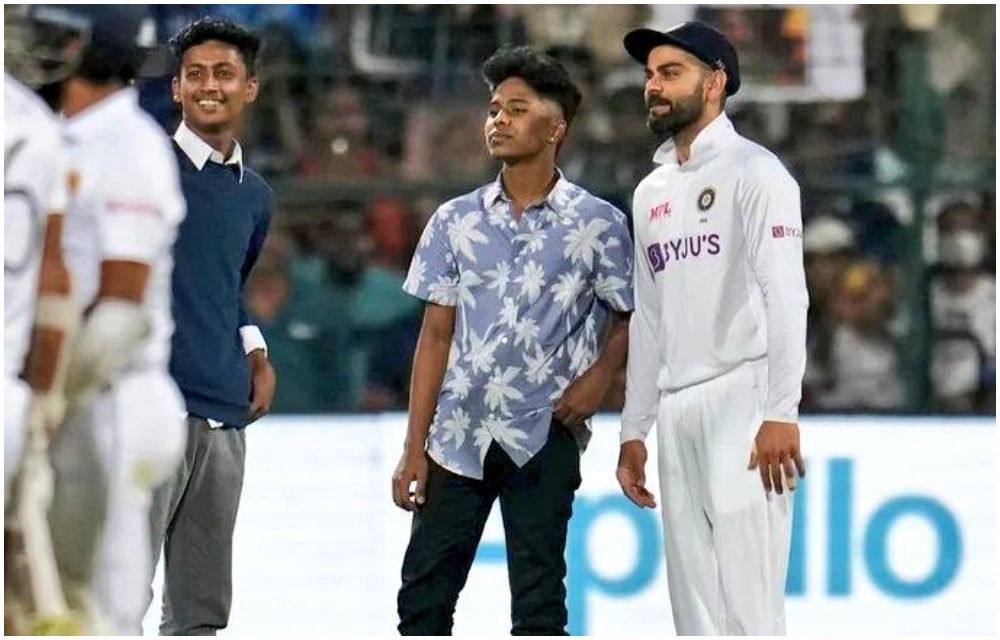 They have been booked for trespassing and violating security protocols. The accused ran towards Virat Kohli all of a sudden, slipping past the security personnel to take selfies with the cricketer at around 10.15 pm on Sunday. Also Read – Faf du Plessis Hails Ex-RCB Captain Virat Kohli; Identifies Similarity With CSK Skipper MS Dhoni

Though Virat obliged his fans, their misadventure has landed them in trouble.

The incident happened at the M. Chinnaswamy Stadium here on the second day of the D/N Test between India and Sri Lanka.

The Cubbon Park police took them into custody immediately. Two of the accused are said to be minors.

Bengaluru is the second home for the Indian cricketer as his actress wife Anushka Sharma is from the city. The fans in Bengaluru have a special bond with Virat as he plays for Royal Challengers Bangalore in the Indian Premier League.