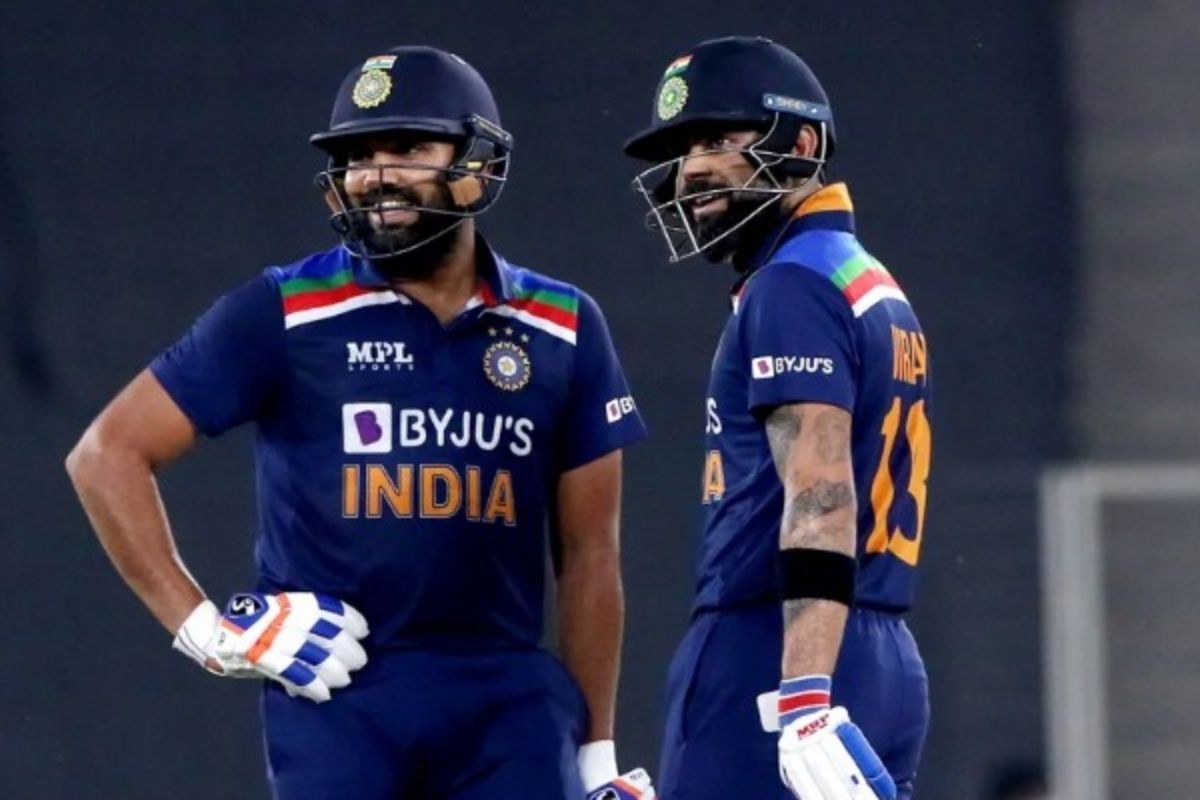 Mumbai: Virat Kohli led India from the front for five years as the team’s limited-overs captain, said his successor Rohit Sharma, insisting that he enjoyed “each and every moment” that he played under the star batter. The current limited overs captain spoke candidly in the interview reflecting the legacy Kohli has left behind in his tenure as white ball captain.Also Read – Rohit Sharma Suffers Injury During Practice Session Ahead of South Africa Tour: Report

In his interaction with ‘bcci.tv’, Rohit spoke about how the team under Kohli had a “great time”. Kohli stepped down as T20 captain after the World Cup in the UAE and was subsequently replaced by Rohit as ODI skipper earlier this month. Also Read – Not Rohit Sharma, MS Dhoni or Virat Kohli; Bollywood Star Akshay Kumar Names His Favourite Indian Cricketers

“Five years that he led the team, he led from the front every time, we stepped on to the park, and there was clear grit and determination to win every game, that was the message to the entire squad,” Rohit said on the sidelines of the Indian Test squad’s training session here ahead of the tour of South Africa later this month. Also Read – No Virat Kohli, KL Rahul; Aakash Chopra Picks Rohit Sharma, Rishabh Pant, Ravi Ashwin And Axar Patel in His Test XI of 2021

“We have had a great time playing under him (Kohli) and I have played a lot of cricket under him, I have enjoyed each and every moment, still continue to do that,” he added, putting an end to all the conjectures that have floated about the professional relationship between the two.

The Indian team has faced criticism for not being able to win an ICC trophy since the 2013 Champions Trophy despite having proven and consistent match-winners in its ranks. Rohit said he is aware of the challenge and would try to grab that extra inch that has eluded the side.

“There are lot of things that we need to do right before we think of end result. The last ICC trophy (Champions Trophy), we won was in 2013. But I don’t see anything wrong that we did after that Champions Trophy. We played well and performed as a team but just that we couldn’t get that extra inch,” he explained.

“That can happen as international cricket is very demanding but that’s the challenge as we are all professionals.”

But he does feel that to win a global title, one needs to do a lot of things right.

“Lot of World Cups are coming and India will be eyeing to do well in lot of them. Our focus is on winning the championship but there is a process that we need to follow as a group. If you need to win the championship, there are lot of other things that you first need to take care of, then focus on the end goal.”