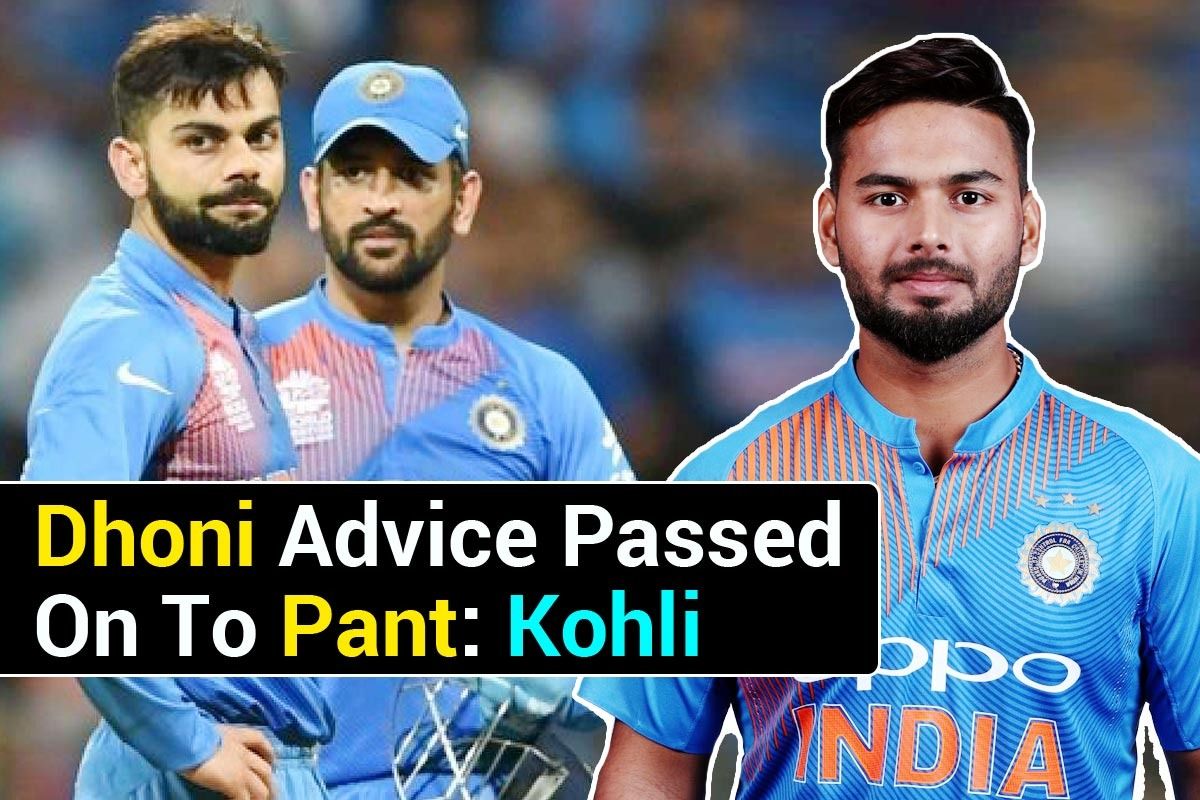 New Delhi: India captain Virat Kohli while addressing the media through a virtual press conference ahead of the third Test between India and South Africa scheduled to start on Tuesday, January 11 2022 at Cape Town recalled a piece of advice that was given to him by former India captain MS Dhoni which he had passed on to India wicket-keeper Rishabh Pant, who made the headlines last week for playing a ridiculous shot at a crucial stage of the second Test match that India went on to lose by 7 wickets.Also Read – Defence Forces’ New COVID Policy Exempts Asymptomatic Personnel From Testing And Quarantine. Details Here

“We did have a conversation with Rishabh Pant during practice and when a batter plays a bad shot, he would know more than anybody if he has played the right shot according to the situation and as long as an individual accepts that, he will make progress. We have all made mistakes in our career in important situations where we have got out, due to pressure or whatever the situation was,” said Kohli in the virtual press conference. Also Read – IND vs SA: South Africa And India Itching To Go All-Out In a Winner Takes It All Decider

“I remember MS Dhoni once telling me that there should be a 6-7 months gap between your two mistakes. That is how you will progress in your international career. That became a part of my system. So reflecting on your mistakes is important and I know Rishabh does that and he will learn from his mistakes,” Kohli added while speaking about Pant’s shot selection in the last match. Also Read – Virat Kohli Press Conference HIGHLIGHTS: Indian Captain Confirms he is ‘Fit’, Gives Update on Siraj

India’s stand-in captain KL Rahul did a reasonable job in the last Test in absence of regular captain Kohli but failed to make a breakthrough in the second innings of the South African innings.

Talking about his captaincy, Kohli said, “KL Rahul did balance his captaincy very well in the last Test and his plans and field placements did give me the feeling that he was trying to get a breakthrough in the second innings. I think the situation was such that South Africa played very good cricket to chase that score down and in my opinion nothing much could have been done,” Kohli further added.

“Everyone has a different style of captaincy and maybe I would have done a few things differently but the intent remains the same for every captain,” said the India captain.

The third and final Test will be played at Newlands, Cape Town with the series level 1-1. India will create history if they go on to win a series in South Africa.