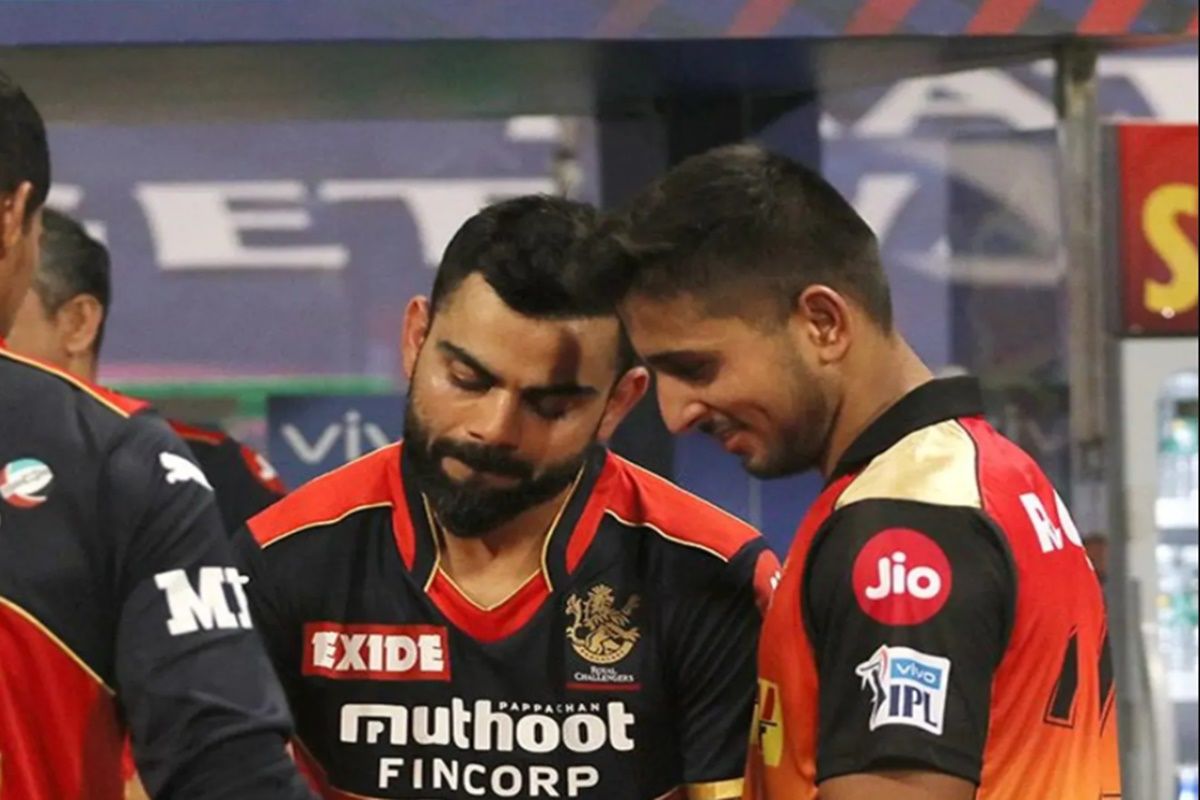 New Delhi: Sunrisers Hyderabad fast bowler Umran Malik, who rose to fame after clocking 150 kph on IPL debut last year,  in an exclusive interview with india.com spoke at length about his early life, his transformation from tennis ball cricket to leather ball cricket and former India captain Virat Kohli’s advice that could help him to get into the Indian team which remains his goal in the coming years.Also Read – LIVE IPL 2022 News Updates, Mar 23: Rohit Sharma to Address PC at 12:30 PM IST Today

Talking about how he started playing the game, Malik said, “I used to play tennis ball cricket early on. Then I started playing leather ball cricket, gave U-19 trials and got into the team. Then things started to fall in place. Played U-23, Vijay Hazare, Syed Mushtaq Ali after which I got an opportunity to become a net bowler in the IPL. There is a guy in my mohalla (locality) who noticed my talent and encounraged me to take up cricket.” Also Read – IPL 2022: From Chennai Super Kings’ (CSK) MS Dhoni to Royal Challengers Bangalore’s (RCB) Virat Kohli- List of Players Who Have Earned Most in IPL History

The IPL contract with Sunrisers Hyderabad didn’t come easy for the 22-year-old fast bowler. Malik had to go an extra yard to get used to playing leather-ball cricket since tennis-ball cricket was his forte.

Speaking about the kind of support Malik got from his family, he said that his father always had his back and has always given him the full freedom to express himself.

“My father always told me to play and enjoy the game. I used to play all day and he encouraged me a lot to do that. The only thing he warned me about was to stay away from bad company and concentrate on my game. He gave me full freedom and always supported me,” added the Jammu & Kashmir fast bowler.

While Malik has been able to break into the IPL team for SRH, the elusive India call is yet to come. Recalling the former India captain Virat Kohli’s advice, Malik said that he stressed on fitness and hard work and told him that his time will come if he keeps working hard.

“Virat Kohli spoke to me and told me to work on my bowling and fitness. He told me to work hard and once you do that the India cap is not too far away. He said I will get my chance when the time comes,” Malik revealed.

Malik became a household name in India because of his sheer pace after he made his debut in the IPL for Sunrisers Hyderabad last year – an event that changed his life.

“My stint with Sunrisers Hyderabad (SRH) has changed my life in a way. I was in the squad for SRH and then started playing for them in the IPL. I feel proud when people recognise me and my hard work, credit to the IPL and SRH. I didn’t expect SRH to retain me but I am thankful to the franchise for having faith in me,” Malik further said.

Talking about his next goal and role model in the Indian team, the 22-year-old said, “My next goal is to play the IPL and then get into the Indian team and play the World Cup. I am working on my bowling, specially the slower ones and the yorker. I had seen a lot of cricket while growing up and have watched Jasprit Bumrah and Mohammad Shami. I can say I have learnt a lot from them by just watching them play.”