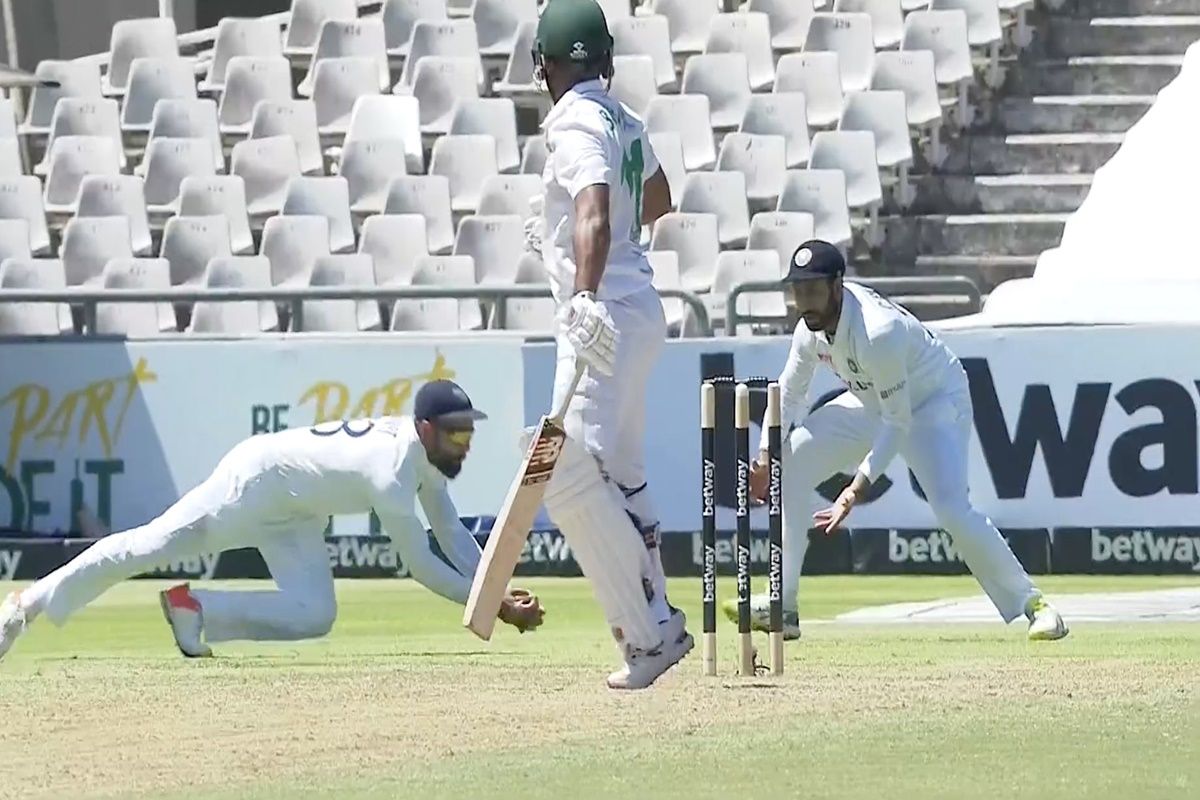 Cape Town: The elusive century with the bat might be evading India captain Virat Kohli but that has not had an impact on his fielding that bit as he added yet another feather to his cap. The 33-year-old completed 100 catches in Test cricket during the second day’s play in the third Test against South Africa played at the Newlands Stadium, Cape Town on Wednesday.Also Read – SA v IND, 3rd Test: Bumrah Heroics Gives India 13-Run Lead; Kohli, Pujara Make it to Stumps on Day 2

The India captain reached the milestone in style as he took a brilliant low catch to send Temba Bavuma packing in the slip cordon off the bowling of Mohammad Shami. The catch might just be the turning point of the match as Bavuma (28) has been a thorn in the flesh for the Indians in the series and had already stitched together a 47-run stand with Keegan Petersen (72) when he was dismissed. Also Read – HIGHLIGHTS | India vs South Africa Score 3rd Test, Day 2: Kohli, Pujara Fightback After Openers Depart Early; IND Lead by 70

With this, Kohli also became the sixth Indian fielder, who isn’t a wicket-keeper, to pick 100 or more catches in the longest format of the game. The India skipper brought up the landmark in his 99th Test.

Meanwhile, Jasprit Bumrah bagged his seventh five-wicket haul – the joint-most for an Indian seamer after 27 Tests alongside Kapil Dev and Irfan Pathan.

The 28-year-old Bumrah along with Mohammed Shami (2/39), Umesh Yadav (2/64) and Shardul Thakur (1/37) helped India bowl out South Africa for 210 in their 1st innings to take a slender 13-run lead on day two of third Test at the Newlands Cricket Ground.