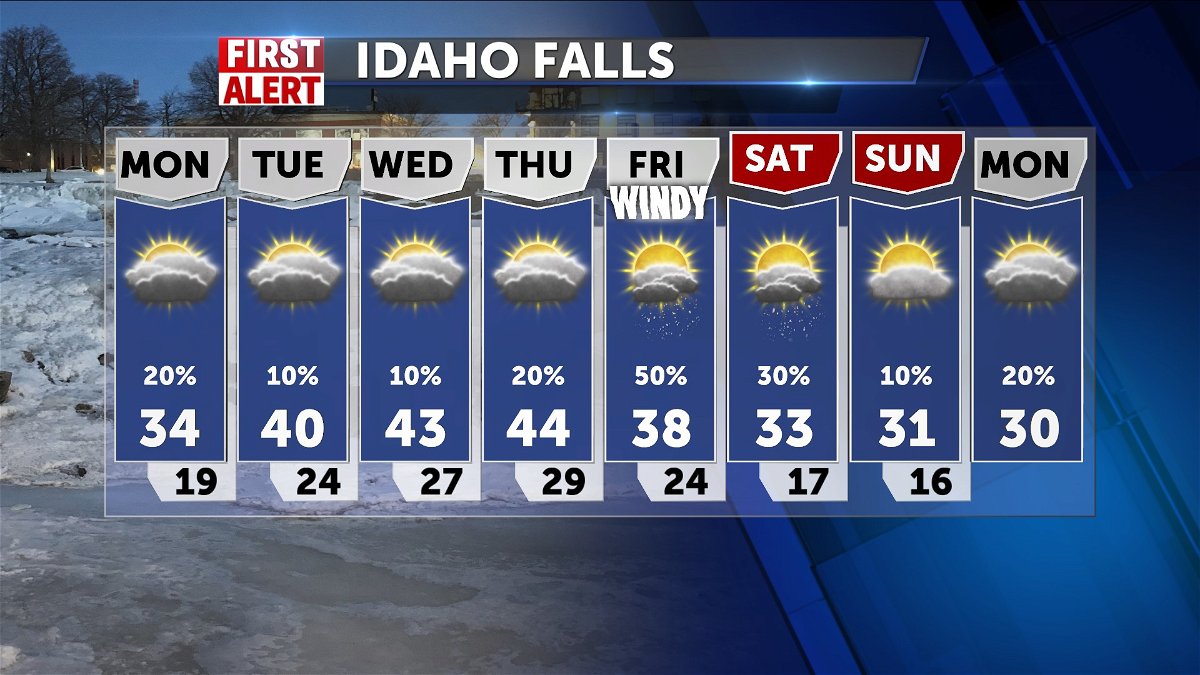 TONIGHT: We should see partly to mostly cloudy skies across the region tonight. Isolated snow showers could occur in central ID to the upper Snake River Plain by the Continental Divide in the late night to overnight hours. Winds will be just slight breezes between 5-10 mph. Low temperatures will be down to the positive single digits and 10’s by the early morning.

TOMORROW: We will start the day with partly to mostly sunny skies throughout the region in the morning with mostly cloudy skies and some isolated snow showers in the late afternoon and evening for tomorrow. Isolated snow showers will only occur in central ID, the upper Snake River Plain from Rexburg to Island Park, and western WY. Winds will remain light between 5-10 mph. High temperatures will increase by about 10 degrees into the 30’s and low 40’s.

LONG TERM: More isolated snow showers continue into Tuesday thru Thursday mixed with some isolated rain showers. Accumulation up to this point remains very low in the valleys, but some mountain peaks could get up to 6 inches. Scattered snow showers then will come in with a cold front on Friday. Accumulation from this system alone looks to bring in about 3 to 5 inches for most of the region. Isolated snow showers will then be back in the picture for next weekend. Winds will be calm until Friday where we could have sustained winds between 20-25 mph. High temperatures will continue to increase until Friday’s cold front. So, high temperatures on Thursday look to be in the 40’s and 50’s. High temperatures after Friday look to be down to the 30’s for next weekend.