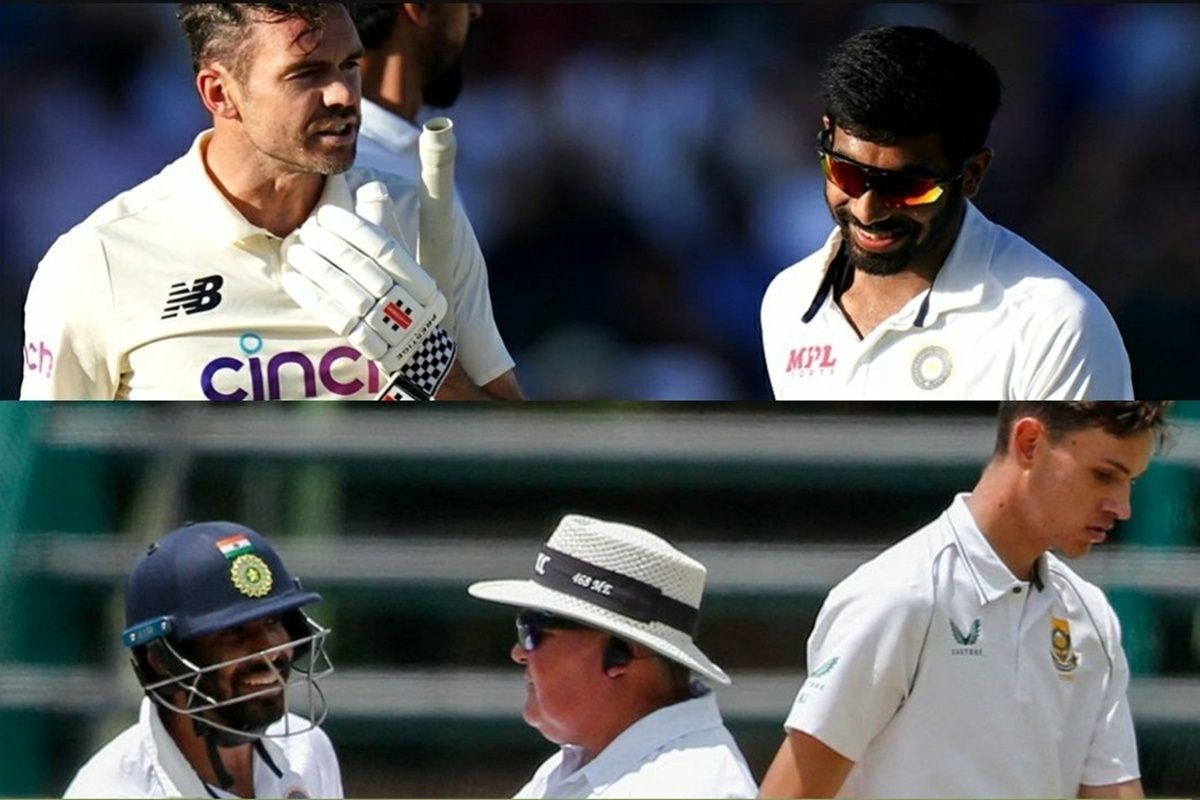 Cape Town: Former India opener Wasim Jaffer shared a cryptic tweet to praise India fast bowler Jasprit Bumrah for his phenomenal achievement of picking up another five-wicket haul in the third and final Test of the series against South Africa at Newlands, Cape Town.Also Read – Viral Video: Dugout Gets Behind Virat Kohli-Led India, Clap Every Ball to Keep the Spirits High | Amazing Scenes

Bumrah’s five-wicket haul helped India bowl out South Africa for 210 and take a 13-run lead that psychologically might go on to make a huge difference in the context of the game. Also Read – More Chances Ajinkya Rahane Gets, Fewer Opportunities For Hanuma Vihari and Shreyas Iyer: Sanjay Manjrekar

Jaffer took to Twitter and posted a collage of sorts which has James Anderson, Bumrah and Marco Jansen and captioned the image as, “Those who do not learn history are doomed to repeat it. Just phenomenal @Jaspritbumrah93 #SAvIND.” Also Read – Ind vs SA, 3rd Test: Game is in the Balance, Batters Will Have to Grind: Kagiso Rabada

Those who do not learn history are doomed to repeat it. Just phenomenal @Jaspritbumrah93 🙌🏻 #SAvIND pic.twitter.com/lguXZQsL0p

Jaffer literally took a dig at Anderson and Jansen and in a way warned the rest of the world to take note of the fact that if you are trying to have a go at Bumrah, the Indian has the ability to come back and get the better of you.

Anderson and Bumrah had a go at each other last summer in England and no prizes for guessing Bumrah had the last laugh. During the second Test at the Wanderers, Bumrah and Jansen were engaged in a heated war of words mid-pitch and the situation had to be immediately diffused by the umpires.

Notably, Bumrah got the better of Jansen in the first inning of the third Test match as he cleaned him up, post which he just stood there, and gave him a stare. Jansen will soon learn that fast bowlers have a very good memory, even more so when he himself is one.

“You need bouncers, I don’t” pic.twitter.com/8R2kbRGpWp

South Africa were bowled out for 210, giving India a lead of 13 runs on the second day of the series decider.