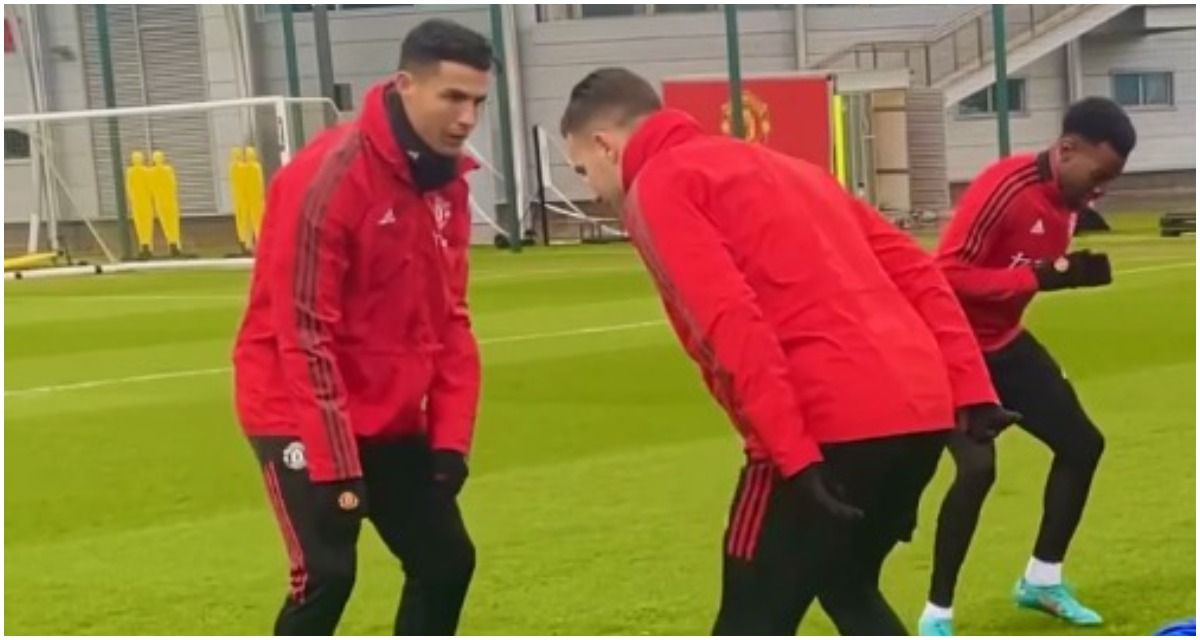 New Delhi: A lot of speculations has been doing the rounds in Manchester regarding Cristiano Ronaldo’s present situation with the Red Devils. It has been learned that the Portugese superstar is unhappy in the red side of Manchester as he look for a speculated move to PSG next season as per reports. In United’s clash with City, Ralf Rangnick’s side handed a heavy 4-1 defeat with Ronaldo sitting  out due to a hip flexor injury. It has also been learned that despite of his injury he flew back to Portugal and have held talks with agent Jorge Mendez for a possible move for next season.Also Read – Cristiano Ronaldo Pushing to Leave Manchester United For PSG: Report

So is he really unhappy at Manchester United ? Is he really looking for a move to PSG ? Well only time can tell but amidst all the speculations, CR7 was seen in a cheerful mood at Manchester United training and engaged in a fun session ahead of United’s clash with Tottenham on Saturday. Also Read – Cristiano Ronaldo Reveals That He has Four or Five More Years Left of His Playing Career

In the video we see the former Real Madrid man in a happy mood with fellow Portugese mate Diego Dalot as they both laugh their hearts out during a fun session.

5th placed Manchester United will take on 7th placed Tottenham Hotspurs as only two points separate the sides in the table. Tottenham would be looking to make every use of the advantage as they have played 2 matches less than their Saturday’s rival at Old Trafford.

In their last outing, Ronaldo and Co. romped to a 3-0 victory in October last year with CR7, Cavani and Rashford finding their name in the scoresheet.