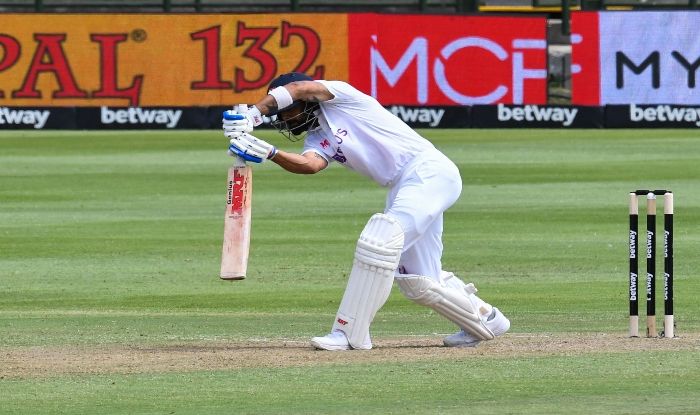 India skipper Kohli was a picture of patience and perseverance in his well-crafted 79 but South Africa gained the upper hand by bowling out the visitors for an underwhelming 223 on day one of the series decider. Also Read – ‘Bad Shot’: How Rahul Dravid Reacted To A Spectator’s Comment During Nets

“There was never any concern with the way he (Kohli) was batting, I mean he was always batting well, I thought as a batting coach, I was never concerned that he is not batting well, he was looking very good in the nets, he was looking very good in the game also, he was getting starts,” said Rathour. Also Read – India vs South Africa 3rd Test Live Streaming – When and where to Watch Ind vs SA Cape Town Match in India

“One good change today, he was more disciplined, I agree with that, so he really looked good, really good solid and with a bit of (more) luck, he could have converted into a big one, but I am happy (with) the way he played,” elaborated Rathour at the post day media interaction.

Kohli had been found wanting in the off-stump corridor heading into the third Test.

On the overall batting performance, Rathour did not sound too pleased.

“These are challenging conditions, not easy conditions to score runs in, but you are right, we are below par. We could have scored 50/60 more runs, that’s what we were at-least expecting,” added Rathour.

According to the batting coach, there were soft dismissals in the later part of the innings and the batters could have done a better job.

“Virat played a phenomenal inning…Pujara was looking really good, but then they bowled a good spell in the morning, the conditions were overcast and they were challenging (for batting), but again I thought there were some soft dismissals in the later part of the innings, we could have done better definitely,” admitted Rathour.

The 52-year-old former India batter also said that they would hope to restrict South Africa to a low total on day two.

“The lesser the runs, I hope it will be an equal inning and they won’t get a big lead,” he signed off.